The Galaxy S9 will bear a model number of SM-G90F.

Samsung is said to working on the next-generation of its flagship devices, the Galaxy S9. Recently, the smartphone has been listed on the Geekbench, a benchmarking site, revealing some key specs. 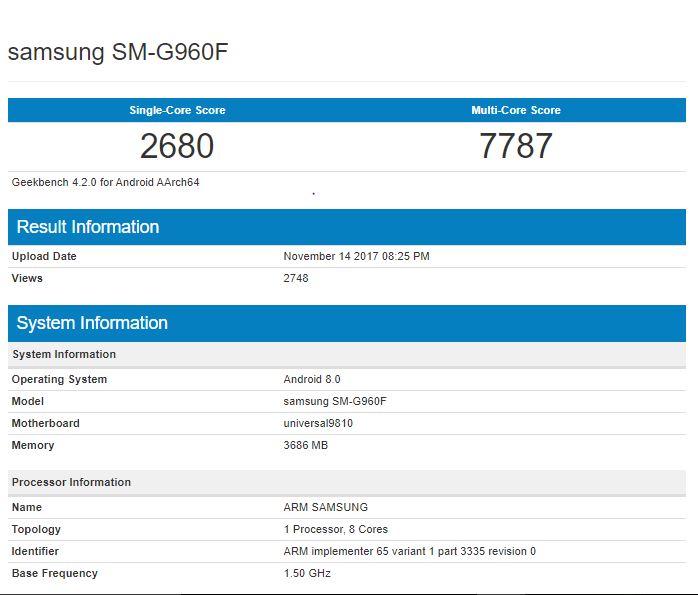 It will be backed by a 4GB of RAM, which is kind of odd as most of the flagship devices these days are opting for a 6GB of RAM. Moving on, the smartphone will be powered by a 1.50GHz octa-core processor, which could be none other than Samsung Exynos 9810, which is reported to make its debut with the upcoming flagship devices. However, multiple reports suggest that for the US market the smartphone could bear a Qualcomm Snapdragon 845 processor.

Meanwhile, reports claimed that the S9 will not have ‘under screen’ fingerprint sensor but will have the Snapdragon 845 system-on-chip. Besides, 6 GB RAM and QHD screen are sort of guaranteed in the S9. We are also quite hopeful of a high-end dual camera with some unique feature. However, all these are just rumours and guesses and should be taken with a grain of salt.