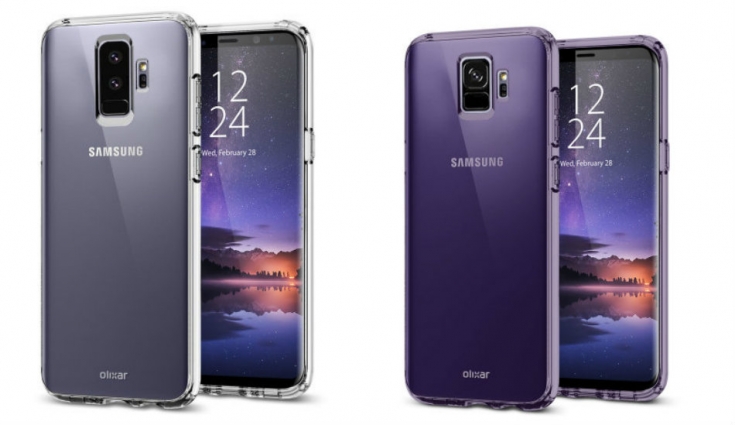 The Samsung Galaxy S9 which was launched in India starting at Rs 57,900 with Android 8.0 Oreo in March this year has now been spotted on GeekBench benchmarking website with the Android 8.1 Oreo operating system. This simply implies that the company is perhaps testing the latest software and may release the same for the devices soon. 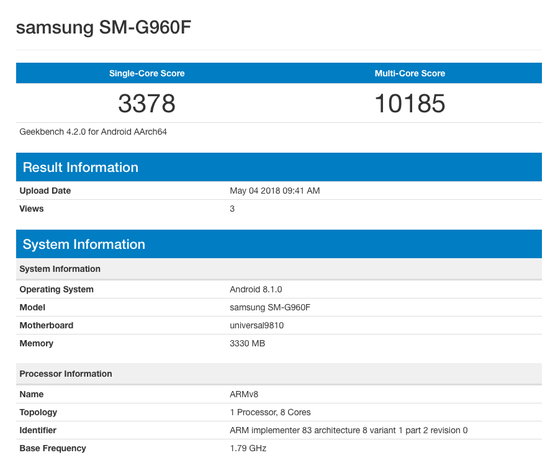 In the GeekBench listing first spotted by MySmartPrice, the Samsung Galaxy S9 with the model number SM-G960F got 3378 points in single-core test and in multi-core test it received 10185 points. As per the listing on Geekbench, the Samsung Galaxy S9 has 4GB RAM and Exynos 9810 octa-core processor clocked at 1.79 GHz. The handset is shown with the Android 8.1.1 Oreo operating system.

To recap the specs of Samsung Galaxy S9, the device features a 5.8-inch display and is powered by Samsung Exynos 9810 SoC. This processor is based on 10nm process and features four cores clocked at 1.9GHz, while four high-performance cores are clocked at 2.9GHz. The S9 features a 12-megapixel sensor with the variable aperture so that users will be able to switch between f/1.5 and f/2.4 apertures. For the front, there is an 8-megapixel camera with f/1.7 aperture. It is backed up by 3000mAh with fast charging support.