Samsung Galaxy S9 Plus is the best selling smartphone in April 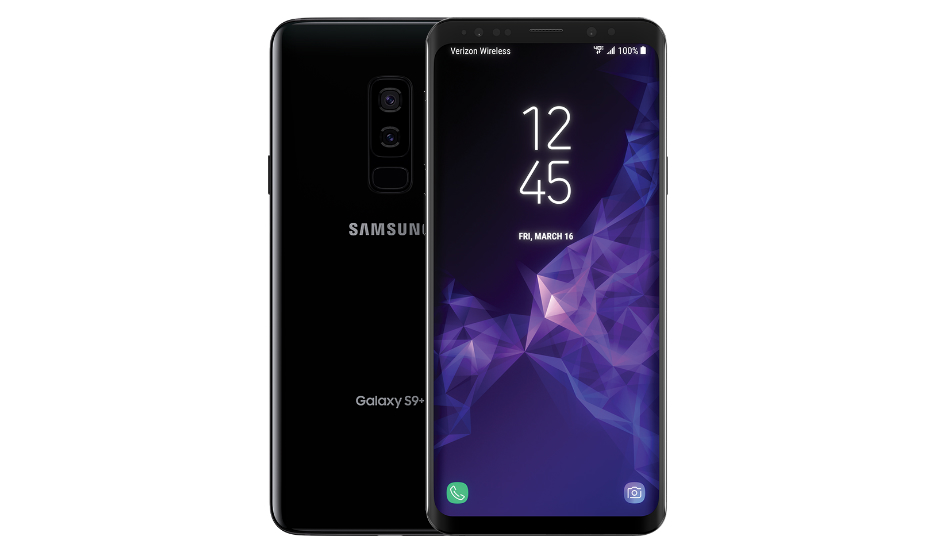 The Samsung flagship beat the iPhone X in terms of sales in the first quarter and went on to take the top position in the smartphone market. The Galaxy S9 lineup took charge of 2.6 percent of the global market share with Asia-Pacific and North America being the regions where Samsung sold the most.

When Apple launched the iPhone X, there was no doubt that the flagship smartphone will go on to occupy a large percent of the market in the months to follow. A little over three quarters of the year, the iPhone X has finally been beaten to the race and it’s the Galaxy S9 lineup which has gained more market share than Apple in its second month.

The Apple flagship now finds itself in the third position following Samsung’s Galaxy S9 Plus and Galaxy S9 which took the number 1 and 2 spots respectively. The Galaxy S9 lineup thus managed to get a hold of 2.6 percent of the global market share with a decent streak of sales in North America and Asia-Pacific. Samsung’s success wasn’t just limited to this year’s Galaxy S9 as its last year flagship Galaxy S8 made its way to the top 10 best selling smartphones. The reason for the success rate of the still so popular Galaxy S8 device as Counterpoint says is due to reduce in price and increased discounts. 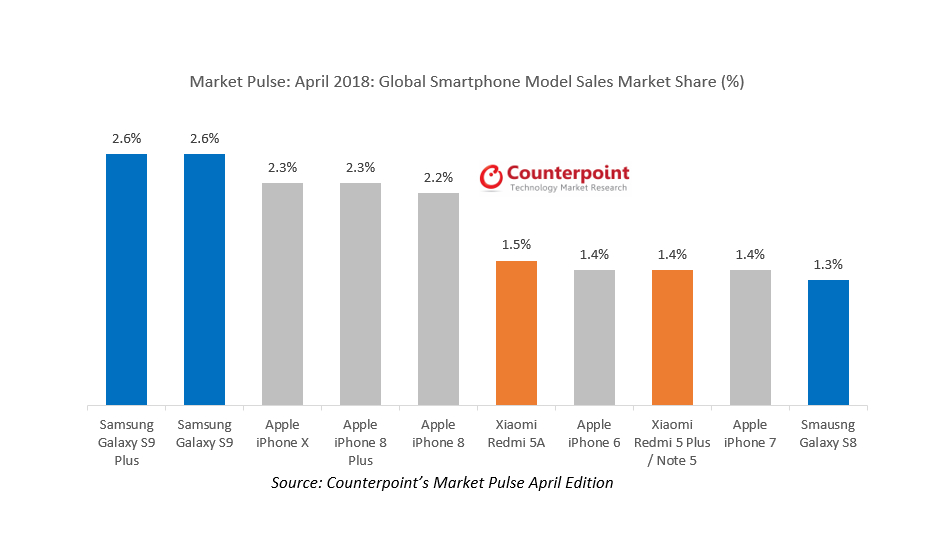 This year also saw the first time Xiaomi took two positions in the top 10 chart which is evident through its sales in India and China. The Chinese manufacturer had its Redmi 5A and Redmi Note 5 that sold the most during the month of April grabbing 1.5 percent and 1.4 percent of the global market share.

That being said, Xiaomi will be looking to sell its Mi 8 flagship in the coming months and might as well do so with the amount of resemblance it has with the iPhone X. For Apple, its sales are likely to be strong and will look to dominate the market. While Samsung’s Galaxy S9 lineup will continue to rise in terms of sale, the company will also be wary of selling its next flagship which will be the Galaxy Note 9.