Just ahead of launch, some new renders have emerged online, revealing some key design changes of the upcoming devices.

Samsung has already announced that it will be launching the latest flagship devices, the Galaxy S9 and Galaxy S9+, on February 25 at the Mobile World Congress (MWC) 2018. Now, just ahead of launch, some new renders have emerged online, revealing some key design changes of the upcoming devices.

The leaked renders were shared by renowned tipster Evan Blass and it shows the front panel of both the devices. Interestingly, the smartphones carry similar design language as we have seen in Galaxy S8 and Galaxy S8+. However, the phone seems to have a dedicated iris scanner along with a front-facing camera, which simply means that the company has finally adopted for the facial recognition technology by introducing dedicated sensors for scanning. 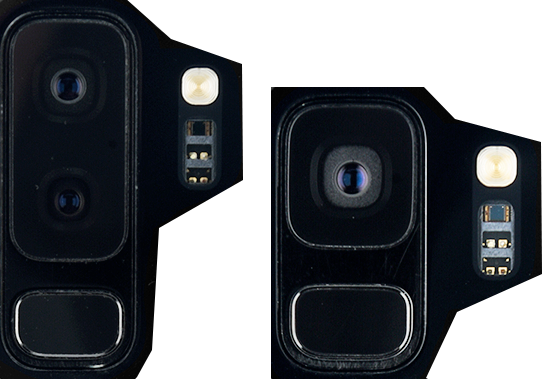 Blass also shows the rear component layouts of the upcoming devices and it reveals that the Galaxy S9+ will come loaded with dual rear cameras, while the smaller sibling will feature a single camera setup. Further, the component also reveals that Samsung has finally listened to its users and has placed the fingerprint sensor beneath the camera module, which makes it easier to unlock the smartphone.

Meanwhile,the Galaxy S9 retail box reveals some key information about the upcoming features. As per the box, the phone has a ‘SuperSpeed’ camera in the model. It says that the phone has a 5.8 inch Quad HD+ sAMOLED display as the last year’s Galaxy S8. The Galaxy S9+, on the other hand, will feature a 6.2-inch display.