Samsung Galaxy S8 and S8 Plus: What do we know so far?

After the Note 7 blunder that happened last year, the South Korean giant has to make a giant comeback in order to reap some fruits over the burnt tree.

Samsung skipped this year’s Mobile World Congress when it comes to launching their next flagship device, however, the upcoming Samsung Galaxy S8 and S8 Plus has been under the rumour scrutiny almost every day. After the Note 7 blunder that happened last year, the South Korean giant has to make a giant comeback in order to reap some fruits of the burnt tree. And based on the recent leaks, Samsung does seem to be on track for that matter. To make things easier for you, here we have compiled all that we know so far about the Samsung Galaxy S8. First, let’s just go through to the leaked specifications.

Meanwhile, Samsung is likely to put the fingerprint scanner at the back of the devices just adjacent to the camera sensor which is not the best position to place a fingerprint scanner, if you ask us. Further, the display on both the S8 and S8 Plus will be curved around the side edges making it a bezel-less display at least from both sides. On the other hand, the top and bottom chins are extremely thin as well which resultingly forced Samsung to push On-Screen buttons for the S8 and S8 Plus. Surprisingly we will get a 3.5 mm headphone jack even though most of the OEMs are choosing the other path at the moment. 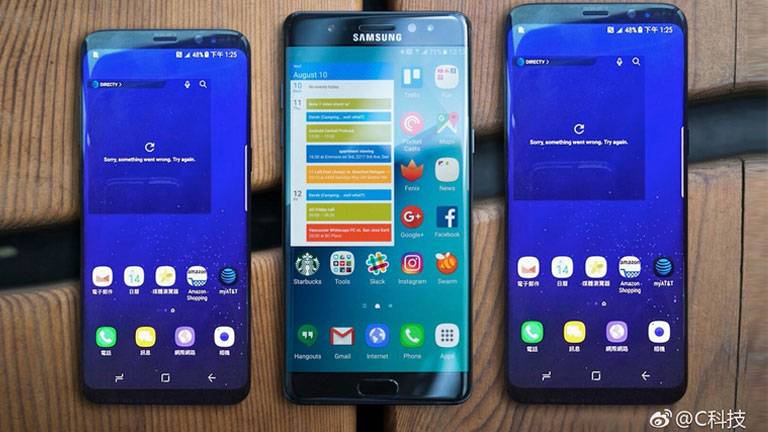 Release Date and Price
At its Galaxy Tab S3 launch event during the Mobile World Congress, Samsung announced that it will unveil the S8 on March 29th at its Unpacked event in New York. On the other hand, the release date was earlier scheduled for April 21st which has not been reportedly postponed to April 28th with no major reason in particular.

As far as price goes, we don’t have much information, as of now although we expect Samsung to price the device in the premium price bracket.