Being an Active variant, we expect Samsung to include some Military Grade Ruggedness and we hope Samsung doesn’t mess up with water resistance this time as the previous generation Galaxy S7 Active failed to stand on the claims made by Samsung itself.

Seems like Samsung is planning to bring the Galaxy S8 Active variant. Leaked by an unlikely source – Netflix – the famous video streaming platform claims that the Active variant of the Galaxy S8 will support HDR streaming. However, the listing was soon removed from the website.

Apart from this, Samsung Galaxy S8 Active was also spotted by the famous tipster – Roland Quandt. He posted a user agent string with the same model number i.e. SM-G892A for comparison wth the Galaxy S7 Active came with the model number SM-G891A. Apart from the HDR Streaming, the Galaxy S8 Active will run on Android 7.0 Nougat which is no surprise as the regular S8 runs on the same platform. What will be interesting, however, is if Samsung will put physical buttons to Galaxy S8 Active as the regular S8 has completely got rid of physical buttons up front. 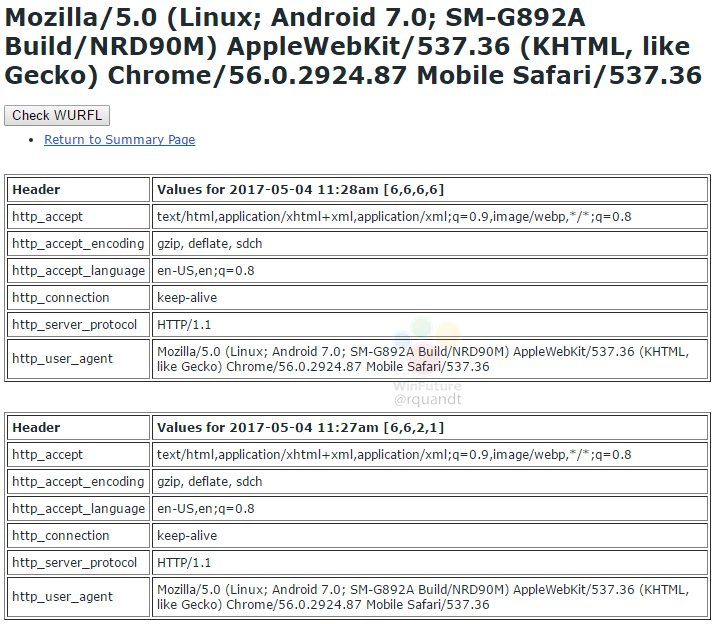 Being an Active variant, we expect Samsung to include some Military Grade Ruggedness and we hope Samsung doesn’t mess up with water resistance this time as the previous generation Galaxy S7 Active failed to stand on the claims made by Samsung itself.

As of now, there is not a lot out about the Galaxy S8 Active, however, these leaks certainly confirm its existence. For the folks in India, Samsung is unlikely to bring the Active variant of the Galaxy S8 just like it failed to do in these past years. And if you ask us, Samsung is kind off correct here as India doesn’t have a lot of consumers looking for a rugged smartphone. The recently launched CAT S60 is a bold move by Catterpillar and if that works, Samsung might change their mind in future.