Samsung is reported to be working on a rugged variant of its Galaxy S8. Dubbed as Samsung Galaxy S8 Active, the phone has been subjected to various leaks in the past and now, detailed specifications along with some press images have been leaked online. 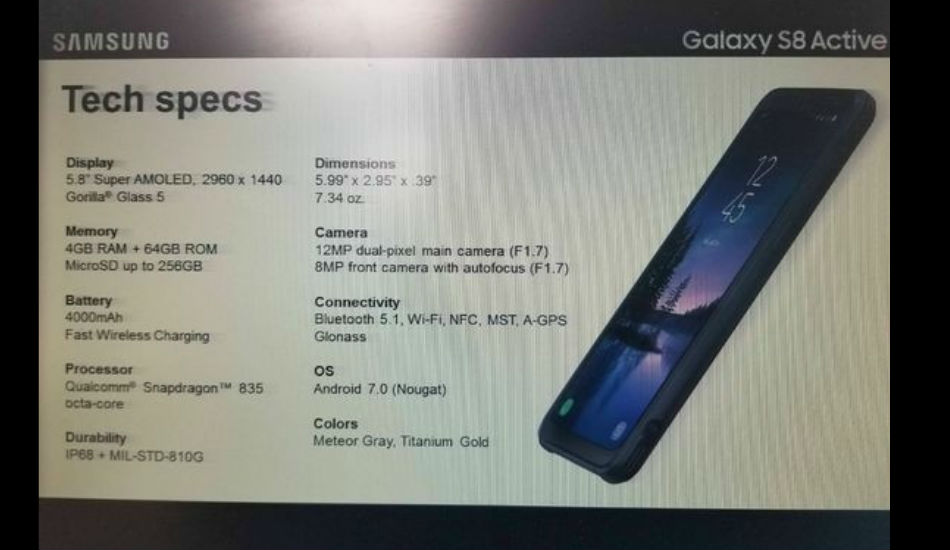 According to a post on Weibo, the Active variant will have shatter resistant screen coupled durable metal design. The device comes loaded with IP68 making it water and dust resistant and it will also sport MIL-STD 810G standard for a military-grade body as well. However, unlike other Active versions, the company has removed the Active Key with a Bixby button. Other than this, rest of the specifications largely remains same. 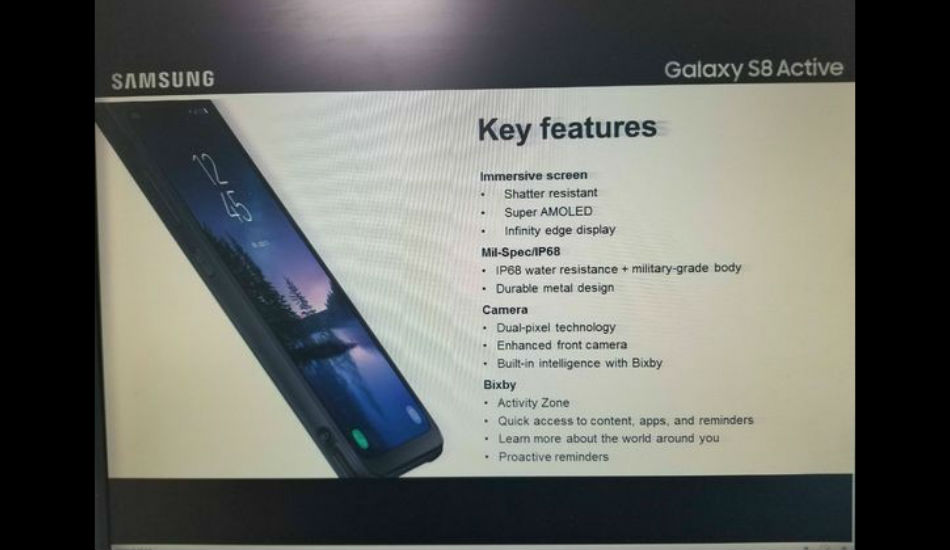 Jumping straight to the specifications, the Galaxy S8 Active will sport a 5.8-inch Quad HD+ Super AMOLED Infinity display with a screen resolution of 2960 x 1440 pixels and Corning Gorilla Glass 5. The phone is powered by a Qualcomm Snapdragon 835 processor along with 4GB of RAM and 64GB of internal storage, which is expandable to 256GB via microSD card.
On the camera front, you get the same 12-megapixel rear camera with dual-pixel technology and an 8-megapixel front camera for selfies and video calling, which is present in the standard variant. The device will run on Android 7.0 Nougat and is backed by a 4000mAh battery, which is 1000mAh more as compared to the standard Galaxy S8. On the connectivity front, it will support, Bluetooth 5.1, WiFi, NFC, MST, A-GPS, Glonass and USB Type-C port.