Samsung India has started rolling out a new update for Galaxy S4 smartphone owners in India. SammyHub reported that the new Android 4.2.2 Jelly Bean update I9500XXUBMEA is being rolled out to Indian users. This new update is pushed out over the air and users can also get it via the Samsung Kies desktop software.

The new Android 4.2.2 Jelly Bean update for Samsung Exynos 5 Octa based Galaxy S4 brings several under the hood improvements. Galaxy S4 users will now get an option of moving their apps to the SD card. 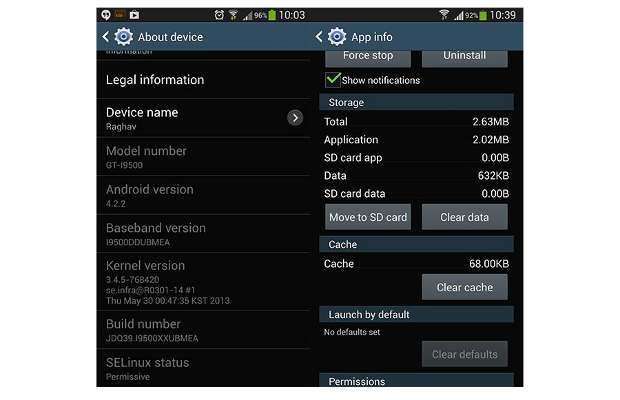 Besides that, the camera firmware has been updated and we can expect tweaks in the imaging quality. There are other performance improvements as well. The detailed list of changes is not available as yet.

Users who wish to download the update using their computer can download the Samsung Kies software from www.samsung.com/in/kies/ and can connect their phone either using a USB cable or wirelessly.