Samsung had promised to release a rugged and splash proof variant of its flagship smartphone – Galaxy S4. Now the company has quietly made the same official as the Galaxy S4 Active. Bearing similar design with mere 9.1 mm thickness, the new Galaxy S4 Active boasts IP67 standard certification that testimonies its dust and water resistance qualities. Samsung plans to make the Galaxy S4 Active available initially in the USA and Sweden, then will be offered in select markets in Urban Grey, Dive Blue and Orange Flare colours. 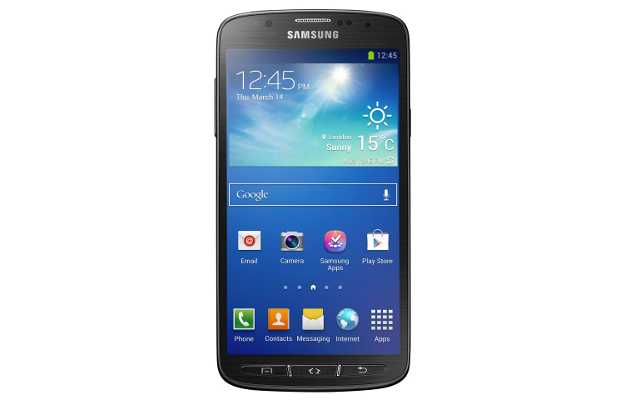 The Mobile Indian had reported about Samsung Executive’s confirmation on a rugged version of Galaxy S4 in works. The Galaxy S4 Active is basically the same Galaxy S4 with number of changes in the hardware as well as the physical chassis.

Sony had introduced the Xperia Z, its flagship smartphone with waterproof and dustproof features. Now Samsung has introduced a dust and splash resistant smartphone. The Galaxy S4 Active has two extra buttons on the front side next to the home button. 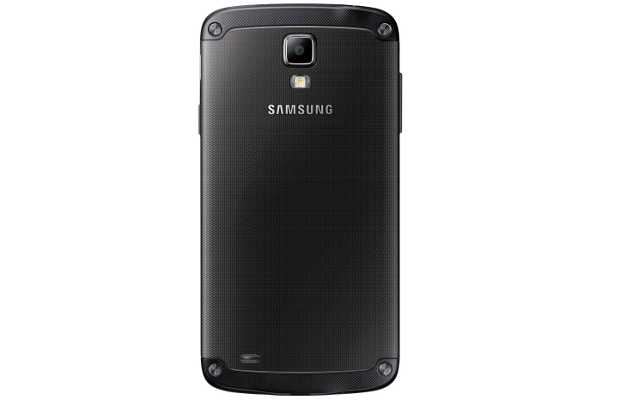 Samsung has used a 5-inch TFT LCD display with full 1080p HD resolution natively in the handset. This display supports GloveTouch so can be used even while wearing gloves. In a way, Samsung has implemented the same sensitivity in the display like the one in Nokia Lumia 920.

The Galaxy S4 Active packs a quad-core 1.9 Ghz Qualcomm Snapdragon 600 mobile processor and 2 GB RAM. By default, it provides 11.25 GB out of the 16 GB internal storage. One can always add up to 64 GB micro SD card in the memory card slot.

At the rear, the Galaxy S4 Active has an 8 megapixel camera with LED Flash to capture high quality images and full HD videos. Apart from regular set of camera centric improvements, the Galaxy S4 Active also has new Aqua mode for better underwater photography. There is also a 2 megapixel front facing camera for video call and self portraits. Samsung has loaded the smartphone with its own variety of apps such as S Travel, S Translator, ChatOn, WatchOn, S Health, Samsung Link and so on. 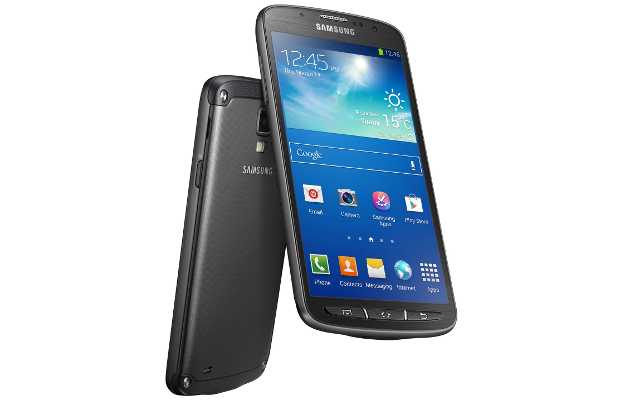 The Galaxy S4 Active like the Galaxy S4 supports variety of audio and video codecs to provide hassle free entertainment. Samsung has added a 2600 mAh battery to make the Active last longer. 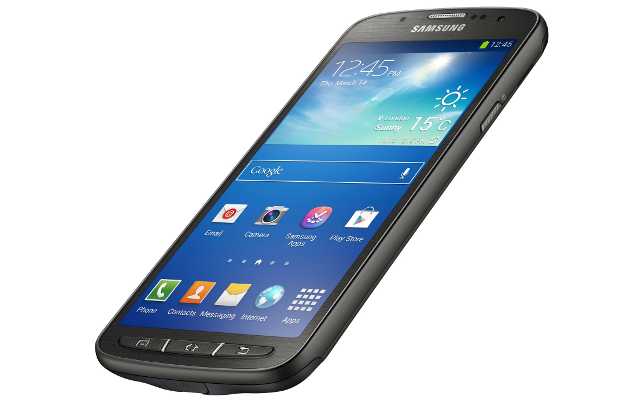 As of now, the company has not clarified its plans to make the Samsung Galaxy S4 Active available in India and other regions.