Samsung phone with model number SM-G970U has appeared on Geekbench.

Samsung phone with model number SM-G970U has appeared on Geekbench. It is said that the model number belongs to the S10 Lite and the phone will be a lightweight version of the Galaxy S10. 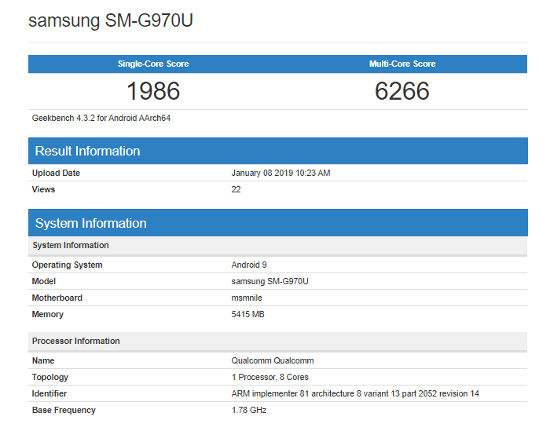 The listing further reveals that the Galaxy S10 Lite is loaded with Android 9 Pie operating system out-of-the-box. The handset has scored 1986 and 6266 in the single-core and multi-core tests of Geekbench respectively.