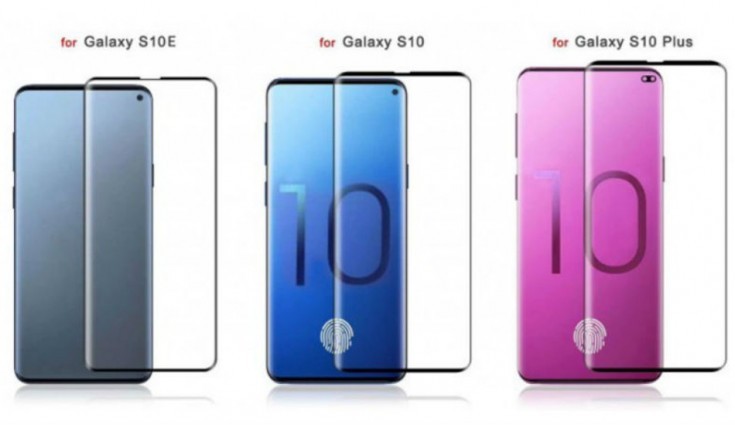 Samsung Galaxy S10 Plus will come with Qualcomm Snapdragon 855 processor (under the name MSMNile). 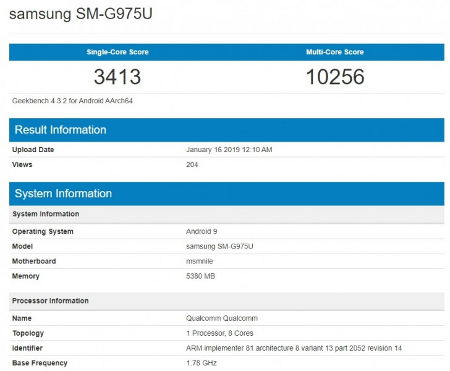 As per the listing, shared by SlashLeaks, Samsung Galaxy S10 Plus will come with Qualcomm Snapdragon 855 processor (under the name MSMNile). The handset has 6GB RAM and runs the latest Android 9 Pie software.

The phone comes with model number SM-G975U on the GeekBench listing. In the single-core test, the Galaxy S10 Plus received 3,413 points, while in multi-core test, it scored an impressive 10,256 points.

As per earlier reports, the Samsung Galaxy S10 Plus will feature an in-display fingerprint scanner. It is said that the handset will be powered by Qualcomm’s Snapdragon 855 in the US and South Korea, while in certain markets like India, it will be powered by Exynos 9820 chipset. It is tipped to sport a 6.4-inch Infinity-O display and a 4000mAh battery.

Earlier, Samsung Galaxy S10 Lite was also spotted on GeekBench website as per which the device will come with Snapdragon 855 chipset, 6 GB of RAM and Android 9.0 Pie operating system. The handset scored 1986 and 6266 in the single-core and multi-core tests of Geekbench respectively.

At the launch event on February 20, Samsung is also likely to launch the Galaxy S10 5G version. Moreover, a new Galaxy Watch and its foldable smartphone are also expected to be announced at the event.