Samsung Galaxy On7 Prime gets a price drop on Amazon 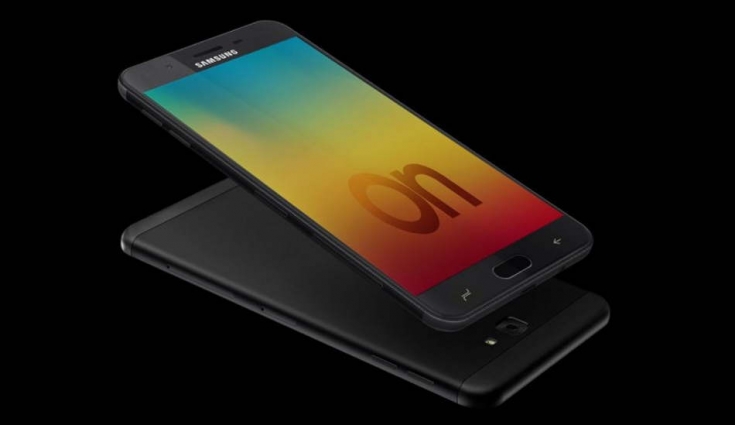 Samsung Galaxy On7 Prime was launched in India earlier this year in two variants – 3GB of RAM with 32GB internal memory and 4GB of RAM with 64GB internal memory priced at Rs 12,990 and Rs 14,990 respectively. Now both the variants are available at a discount of Rs 2,000 on Amazon. After the price cut, the 3GB variant is now available at Rs 10,999 while the 4GB variant now comes for Rs 12,999. The smartphone comes in Black and Gold colour options. 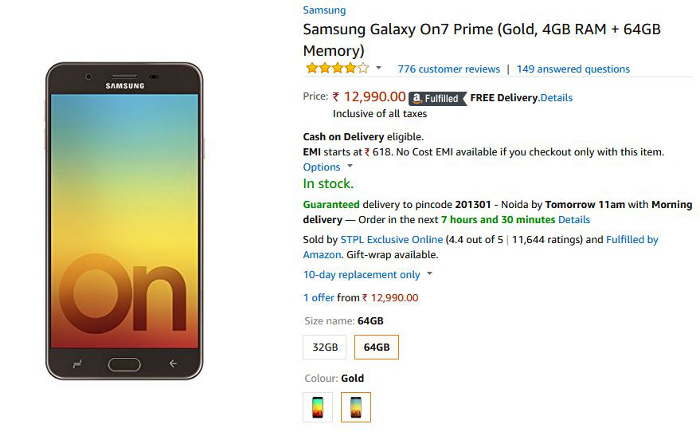 The Samsung Galaxy On7 Prime has a full metal unibody and a 5.5-inch full HD (1080 x 1920 pixels) display. It is powered by a 1.6 GHz octa-core Exynos 7870 processor. The smartphone comes in two memory variants – 3GB of RAM with 32GB internal memory and 4GB of RAM with 64GB internal memory, both supporting 256 GB expandable memory via micro SD card slot. The smartphone runs on Android 7.1.1 Nougat operating system and it is backed up by 3300mAh battery.

The smartphone also comes with Samsung Pay Mini support to make instant payments using UPI and leading mobile wallets. Apart from this, the smartphone also features Samsung Mall, which lets you search for items across multiple online stores in one app. The company has partnered Jabong, Tata Cliq and Shopclues for Samsung Mall feature.