Samsung has started the roll out of Android 4.0 Ice Cream Sandwich with TouchWiz for the Galaxy Note GT-N7000.

Samsung has finally started rolling out the Android 4.0 Ice Cream Sandwich update for its Galaxy Note smartphone, according to a report. The Galaxy Note N7000 owners across the world will have to wait for the update which will be pushed to them Over-the-Air (you will receive a notification). Meanwhile, Devin Balentina from Netherlands posted an image of the Android 4.0 update for Galaxy Note on Twitter. 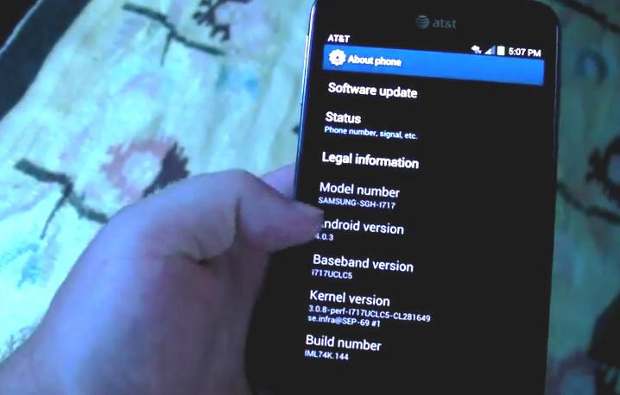 From the image, it is evidential that the new Android 4.0 ICS update with TouchWiz for Galaxy Note weighs more than 319.6 MB. Hence, it is recommended to download it over a WiFi network.

The new set of apps and widgets have been specifically designed and optimised to make the best of the Galaxy Note’s S Pen stylus. Collectively these apps and widgets are named as the Premium Suite. One of them is a scrapbook tool that automatically solves equations after recognising the user’s handwriting. So all you have to do is write an equation using the stylus in scrapbook and watch it get solved. 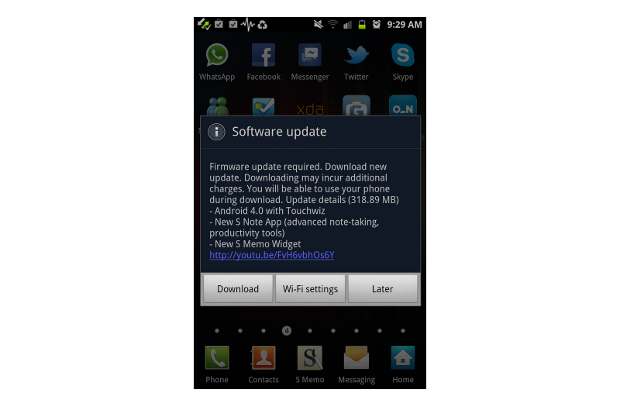 Apart from that, the Android 4.0 with TouchWiz brings several performance update. For those who don’t wish to wait for the Over-The-Air update can try connecting their Galaxy Note with the desktop software â€“ Samsung Kies.

Samsung Kies software can be found on the official Samsung website for Windows and Mac OS X here.

Currently, the update is being pushed out in Europe and other countries. For India based Galaxy Note users, all we can say is to keep checking for the same through Samsung Kies.