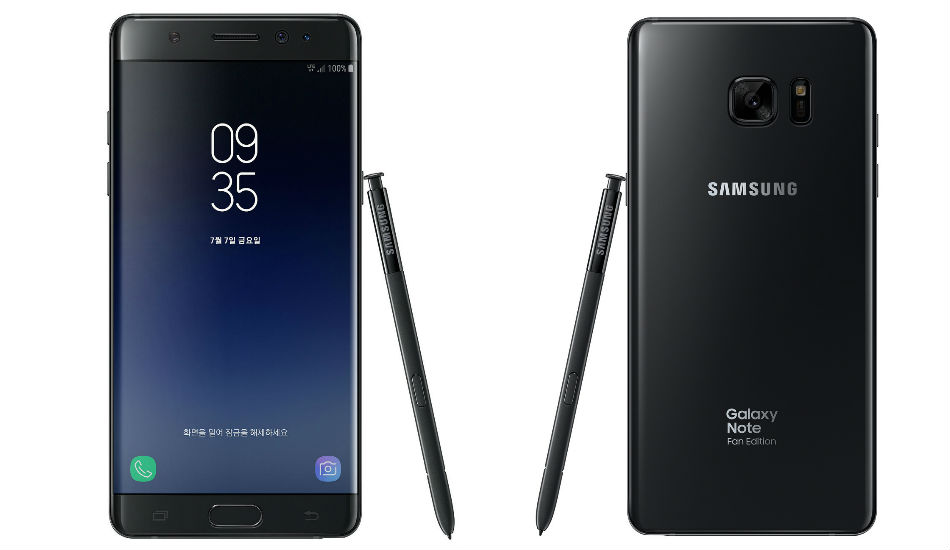 After several rumours and leaks, Samsung has finally unveiled the resurrected the ill-fated Galaxy Note 7. Known as Galaxy Note Fan Edition, the refurbished smartphone will go on sale in South Korea starting from July 7, though the brand has revealed the pricing yet. The phone comes in Blue Coral, Gold Platinum, Silver Titanium and Black Onyx.

Samsung says that it is planning to sell just 400,000 units of the device in its home market and it says that it has built the smartphone by using unopened and unused Galaxy Note 7 parts to minimise waste of resources. The latest smartphone looks identical to the Galaxy Note 7 but with some noticeable changes. 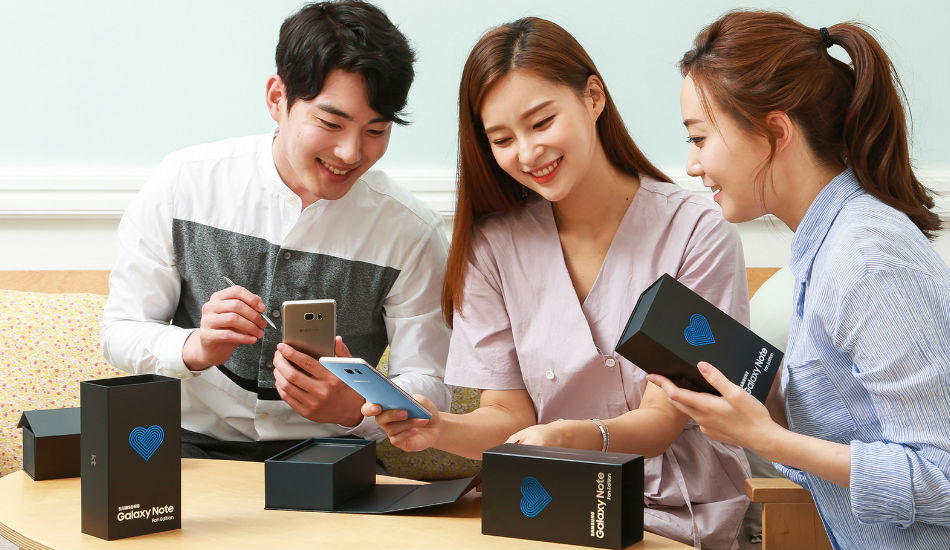 First of all, there is Galaxy Note Fan Edition logo at the bottom of the rear panel, though there is no Samsung branding up front. The smartphone now comes with a smaller 3,200mAh battery, which Samsung says it has tested with 8-Point Battery Safety Check to make sure it does not overheat (or explode).

Further, Samsung has added the same user interface, which is present in Galaxy S8 and Galaxy S8+ to the latest phablet. It has also added a few Bixby features like Bixby Home and Bixby Reminders, but there is no dedicated hardware button for it.

Like original Galaxy Note 7, this one also sports IP68 certification making it water and dust proof. It also comes with S Pen and the company is also giving a clear view cover with the refurbished model as well. Coming to the specification part, the brand has revealed the exact specifications of the smartphone, it is learned that most of the hardware will remain similar to the Note 7.