The highlight of the phone is its Edge unique curved Edge screen that provides quick access to frequently used apps, alerts and device functionality.

Samsung has formally announced the launch of its next Note series flagship, named as Note Edge, in India. The Samsung Galaxy Note Edge is priced at Rs 64,900 and is set to be made available from January 1 in “Charcoal Black,” and “Frost White” colours.

The Samsung Galaxy Note Edge features a 2.7 GHz quad core processor and a 5.6 inch Super Amoled display with Quad HD (2560×1440 pixels) resolution. The highlight of the phone is its unique curved edge screen that provides quick access to frequently used apps, alerts and device functionality all with the swipe of a thumb, even when the cover is closed.

“Users can also receive notifications directly on the Edge Screen while watching videos without disturbing their viewing,” Samsung further claimed on its webpage. 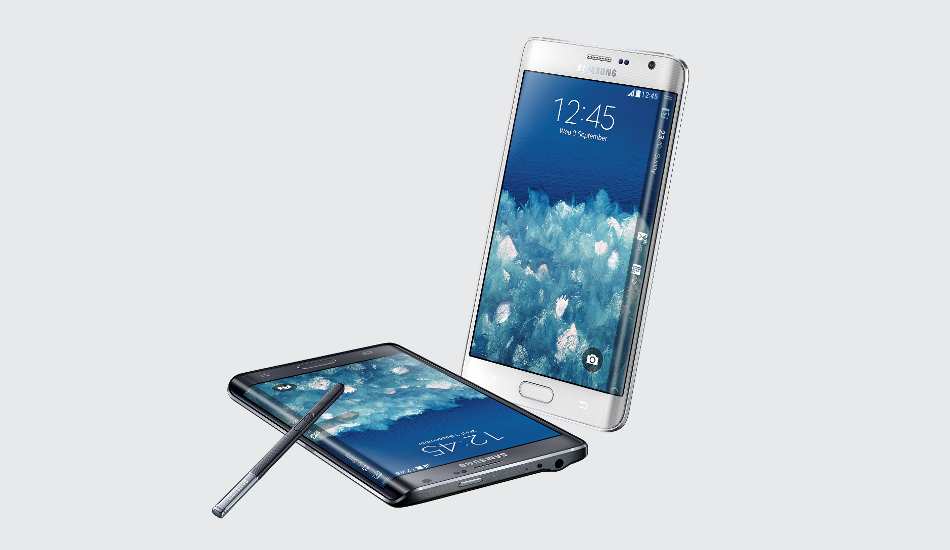 The Samsung Galaxy Note Edge is based on the Android 4.4 KitKat operating system and has 3 GB RAM, 32 GB internal storage and an expandable storage slot that can accommodate a 128 GB micro SD card.

The Note Edge has a 16 megapixel auto focus rear camera with optical image stabilisation feature and a 3.7 megapixel front camera.

“Galaxy Note Edge is equipped to shoot brighter and clearer images using Rear and Front camera. The 3.7 megapixel front-facing camera with a F1.9 lens allows default 90 degree shooting while the Wide Selfie mode allows users to capture selfies covering angles up to 120 degrees. The 16 megapixel rear camera with Smart OIS lets users click shake free photos even in dark surroundings. Meanwhile, camera control buttons are positioned on the Edge screen, so that users can capture and record their special moments while looking through a clean screen,” Samsung said in a press relese.

This 174 gram heavy phablet is just 8.3 mm thick and has a 3000 mAh Li-Ion battery. It comes with Adaptive Fast Charging feature that claims to charge the battery from 0% to 50% – purpotedly 30% faster than conventional charging. Besides, it has the Ultra Power Saving Mode as well.

Like other high end Samsung smartphones, it too comes with fast charging facility. Connectivity wise too it is quite rich with Bluetooth 4.1, IR LED, dual band WiFi, NFC, GPS with GLONASS and GPS, and USB 2.0 port that would also act as MHL port.

“The S Pen serves as the key to a more user-friendly Air Command functionality with intuitive features such as Action Memo, Smart Select, Image Clip and Screen Write that allow users to create and collect content with ease. A new Smart Select feature enables users to easily piece together content from different origins, and share or collect it with ease,” claimed Samsung.

â€‹â€‹The Galaxy Note Edge also provides users with a choice of multiple, seamless note-taking methods integrated with Samsung’s S Note application. In addition to typing and writing, a Photo Note feature allows users to take a picture and convert the image into editable format within the S-Note. They can also further unleash their creativity by jotting down their thoughts quickly with the Voice Memo.