Samsung Galaxy Note Edge coming to India; may be priced around Rs 60,000

Samsung is reportedly set to launch its latest flagship, the Galaxy Note Edge, in India. The Samsung Galaxy Note Edge, which comes with a unique curved display, is currently being sold at USD 946 and thus is likely to be priced around Rs 60,000 for the Indian market. As per reports, the phablet may be launched by the end of this year.

The Samsung Galaxy Note Edge’s right hand side has a unique curved display that provides quick access to frequently used apps, alerts and device functionality all with the swipe of a thumb, even when the cover is closed. 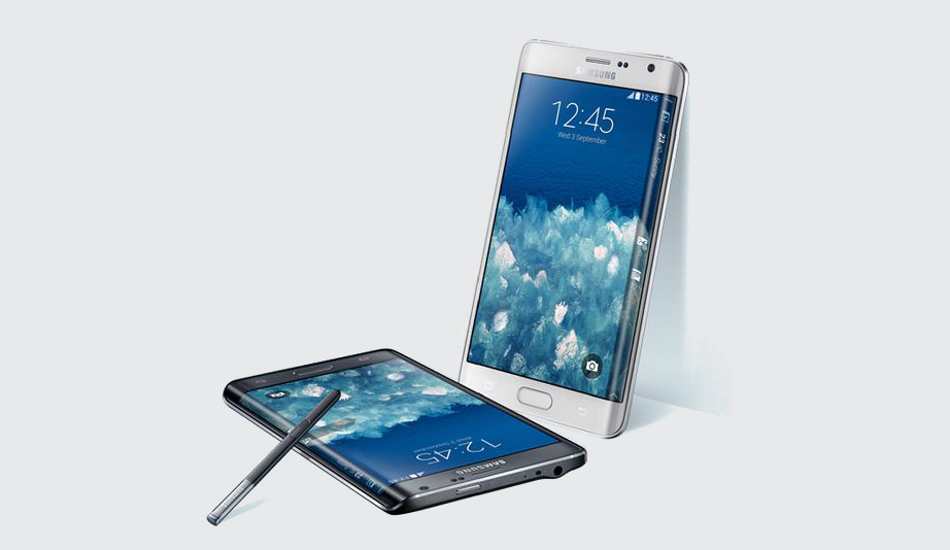 Users can also receive notifications directly on the Edge Screen while watching videos without disturbing their viewing. Its 5.6 inch Super AMOLED display has huge Quad HD resolution. This huge phablet though weighs only 174 grams and is 8.3 mm thick (dimension: 151.3 x 82.4 x 8.3 mm).

The Galaxy Note Edge is based on the Android 4.4 KitKat operating system and may get the Android 5.0 Lollipop at the time of its launch in India or soon after though no formal announcement has been made by Samsung in this regard. The phablet has a 2.7 GHz quad core processor and 3 GB RAM. With this combination expect one of the best performance.

The Galaxy Note Edge has huge 32 GB internal memory of which about 26 GB should be available for users. Besides, its expandable storage slot can handle a micro SD card of up to 128 GB. It has a huge 3000 mAh battery and like other high end Samsung smartphones, it comes with fast charging faciltity.

The Note Edge has a 16 megapixel rera camera with Smart Optical Image Stabilisation feature for a shake-free photography. In the front it has a 3.7 megapixel camera which has a wide angle as much as 120 degrees, as claimed by Samsung. Like other Note devices, it too has a S Pen. Besides, it comes with WiFi, NFC, Bluetooth 4.1, USB 2.0 with MH functionality, and IR LED (remote controller).