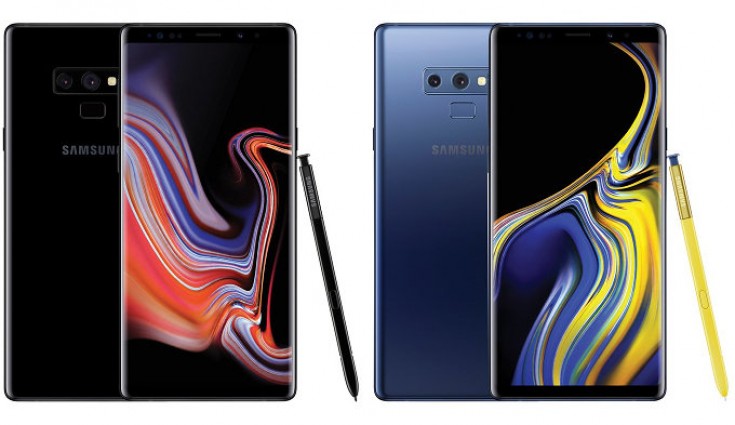 The new phablet comes loaded with a 6.4-inch QHD+ Super AMOLED display with a screen resolution of 2960 x 1440 pixels and 516ppi pixel density. The smartphone is powered by the latest Qualcomm Snapdragon 845 processor for the US market, while the rest of the world will get company’s in-house Exynos 9810 SoC.

Samsung has finally introduced its latest flagship smartphone, the Galaxy Note 9, during an Unpacked event in New York. The smartphone will be available for purchase from August 24, 2018, and it comes in Midnight Black, Lavender Purple, Metallic Copper with matching S Pen, and Ocean Blue with a Yellow S Pen.

The latest Galaxy Note 9 from Samsung comes loaded with a host of new interesting features. The major highlight is the new S Pen feature, which now comes loaded with Bluetooth connectivity. This means users can click a selfie photo, pause YouTube videos, and more. The company has also announced that Fornite, one of the most popular battle royale game, is coming to beta first for the Galaxy Note 9 users.

Coming to the key specifications, the new phablet comes loaded with a 6.4-inch QHD+ Super AMOLED display with a screen resolution of 2960 x 1440 pixels and 516ppi pixel density. The smartphone is powered by the latest Qualcomm Snapdragon 845 processor for the US market, while the rest of the world will get company’s in-house Exynos 9810 SoC. The phone comes in two memory configurations: 6GB of RAM with 128GB storage option and 8GB of RAM with 512GB of internal storage. The memory can be further expanded up to 1TB via micro SD card slot. 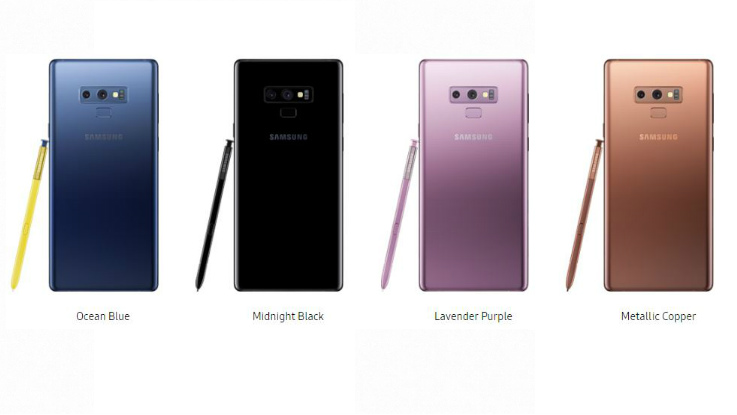 For the optics, the Samsung Galaxy Note 9 features the dual-camera setup, which comes with a combination of a 12-megapixel primary sensor with variable aperture, meaning that one switch between f/1.5 and f/2.4 aperture. The secondary sensor is equipped with a 12-megapixel telephoto sensor with 2x optical zoom and f/2.4 aperture. For the front, the phone is equipped with an 8-megapixel shooter. The camera comes loaded with scene optimizer and it can identify different subject like food, scene and more. Then there is flaw detection that gives an immediate notification if the image is blurry, the subject blinked, there is a smudge on the lens, or there’s backlight impacting the quality of the image.

The new Note 9 features a 4000mAh battery with fast charging and wireless charging. The company claims that it is the biggest battery the company has added in the Note series. The phone coupled with IP68 certification, iris scanning, fingerprint sensor and face unlock. On the connectivity front, you get dual-SIM, 4G VoLTE, Wi-Fi 802.11 a/b/g/n/ac (2.4/5GHz), VHT80 MU-MIMO, 1024QAM, Bluetooth 5.0 (LE up to 2Mbps), ANT+, USB Type-C, NFC, GPS, Galileo, Glonass, BeiDou and 3.5mm audio jack.

Galaxy Note 9 also supports Samsung DeX. The DeX can be easily connected with HDMI adapter to a monitor and once connected, the device works as a desktop and even serve as a fully-functional second screen.