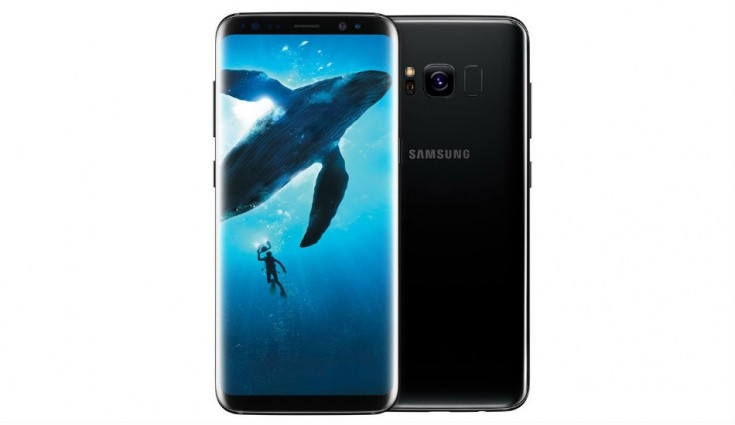 In the GeekBench listing first spotted by Slashleaks, the Samsung Galaxy Note 9 got 2190 points in single-core test and in multi-core test it received 8806 points. As per the listing on Geekbench, the Samsung Galaxy Note 9 has 6GB RAM and Qualcomm Snapdragon 845 processor. The handset is based on the Android 8.1.0 Oreo operating system. The scores in the GeekBench listing are lower than the Exynos 9810-powered Galaxy S9, which scored 3,648 in single-core tests, and 8,894 in multi-core tests. 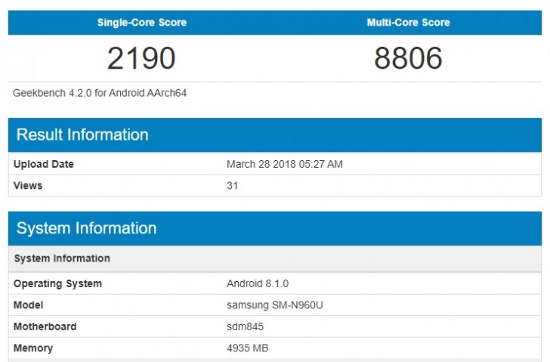 The Samsung Galaxy Note 9 was spotted on HTML5 browser test earlier this month which revealed that the Note 9 will sport Samsung’s popular infinity display with a screen resolution of 412×846 pixels. Another leak revealed that the Note 9 will feature a 3,850mAh battery. However, the position of fingerprint sensor remains mysterious as some reports claimed that the device will feature under-display fingerprint sensor while some other say that it might have the sensor on the back panel.

There is no information about the pricing and availability of the device as yet, however, given the fact that it is surfacing regularly in leaks, it will not be much longer before we see some new leaks revealing the pricing as well. So we request you to stay updated on our website for the same.