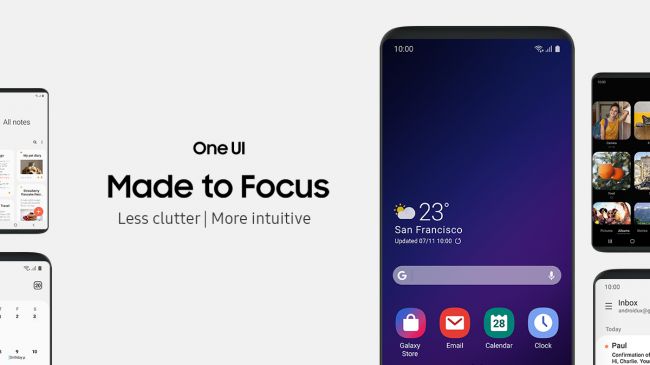 Samsung has announced that it is revamping the whole user interface and it will be know know as “One UI”.

Samsung during its developer conference has confirmed that it will soon roll out Android Pie update to it’s flagship S9 duo and Note 9. The brand has revealed that it will roll out the latest update in January 2019.

Samsung has announced that it is revamping the whole user interface and it will be know know as “One UI”. “With hardware and software working together in harmony, see only what you need, using and viewing your phone with an experience that feels second nature,” the company said in a statement.

The One UI beta testing will be open to testers later this month. The brand will roll out One UI beta in the United States, Germany and South Korea in the first phase. While countries like India, China, France, Poland, Spain and the United Kingdom will get the Beta programme in the second phase.

The latest user interface from Samsung comes loaded with a host of interesting features and the brand claims it to be “more natural and comfortable for one-handed use.” The latest UI comes loaded with new redesigned controls at the bottom with larger search box or text at the first half, which it claims will be easier to navigate as compared to it’s predecessor.

The brand has reorganized and regrouped the whole Setting menu to make it less cluttered and has implemented a system-level dark mode, which surely looks interesting.