The company will be holding an Unpacked event in New York today, which is scheduled to take place at 8:30 PM IST.

Samsung is all set to launch the highly-anticipated Galaxy Note 8 today in the US. The company will be holding an Unpacked event in New York today, which is scheduled to take place at 8:30 PM IST.

It is a well-known fact that Samsung is under immense pressure to deliver the great phone this time and not to repeat the blunder, it did with the Galaxy Note 7. That said, recent leaks and renders has already revealed most of the device’s specifications and key design aspects. So, in order to give you the exact picture of the upcoming device, let’s recall each and other every thing that has been leaked so far.

How to watch the live stream?

What will be the price?

As for the price is concerned, the phablet is reported to be brand’s most expensive smartphone ever. Multiple reports suggest that the smartphone could be priced at $1000 in the home country i.e. South Korea, which roughly translates to Rs 64,695. In other markets like the US and Europe, the Galaxy Note 8 will be priced at $1,100 (approx. Rs 71,165). Now, you know how to watch the live stream and expected pricing, so let’s move forward to some important design language and key specifications.

Starting with the design, various reports suggest that the smartphone will come with a combination of metal and glass. However, unlike S8 series, the Galaxy Note 8 is reported to come with a more squarish design around the edges and it will sport a bigger display as compared to the Galaxy S8+. Further, the smartphone is reported to come loaded with an S-Pen, which allows you to write messages and share them as a gif with your friends. One will be able to use the S-Pen to take notes even if the screen is off. The device will measure 162.5mm x 74.6 mm x 8.5mm. 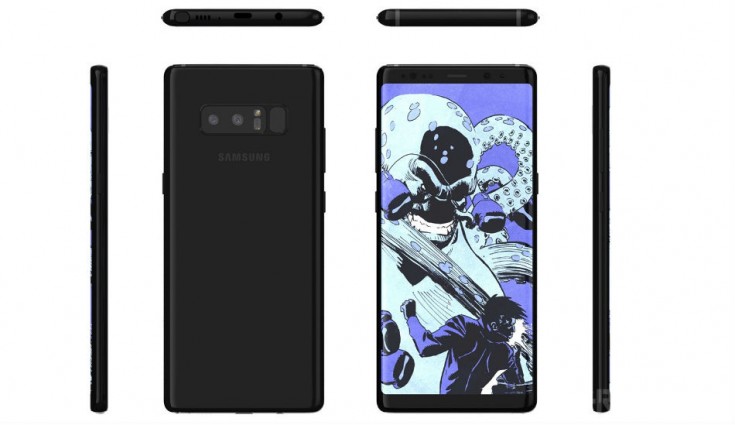 Coming to the display front, multiple reports suggest that the smartphone will sport a 6.3-inch Quad HD+ Infinity display, which is present in the Samsung Galaxy S8 and Galaxy S8+ flagships. The display will sport a similar 18:5:9 aspect ratio, which we have seen in the S8 series.

On the hardware front, the Galaxy Note 8 will be powered by company’s in-house Exynos 8895 SoC globally, while Qualcomm Snapdragon 835 will be there for the US market. Both the chipsets employ 10nm FinFET technology, however, in many benchmarking tests, the Exynos variant has emerged to be more powerful than the Snapdragon variant. The phone will come loaded with a 6GB of RAM and some reports also mention that there will be a variant with an 8GB of RAM. On the storage front, the smartphone is rumoured to come in 64GB and 128GB of internal storage, which could be expandable in nature. It is reported to come in Black, Blue and Gold colour variants.

Talking about software, the device is expected to run on Android 7.1.1 Nougat and it might come with Bixby Assistant as well. For the unintended, Bixby is company’s in-house virtual assistant, which compete with the likes of Google Assistant, Microsoft’s Cortana, Apple’s Siri and Amazon’s Alexa. However, the company yet to roll out its virtual assistant globally, so it would be interesting to see whether it will be present in the Galaxy Note 8 or not.

If recent reports are believed to be true, then this will be the first smartphone from Samsung’s camp, which will sport a dual-camera setup. Recently, the company released a teaser video, which shows that the phone can take bokeh effect, meaning that the company will be using a telephoto lens along with a standard lens. Further, a leaked brochure says that it will include 2x optical zoom along with optical image stabilization and a f/1.7 aperture for taking better low-light shots. 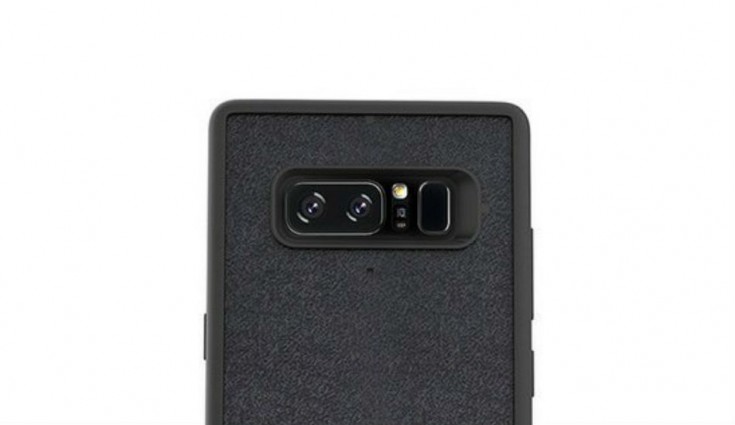 Both the rear cameras will feature 12-megapixel sensors. The primary camera will be a wide-angle one with aperture f/1.7 and dual-pixel autofocus, while the other one will be a telephoto lens which will give a 2x optical zoom and has an aperture of f/2.4. For the front, there will be an 8-megapixel shooter with a f/1.7 autofocus sensor.

The device will be backed by a 3300mAh battery along with fast-charging support via USB Type-C port or wirelessly. As for the connectivity options are concerned, it might support 4G VoLTE, Bluetooth 5, WiFi, NFC, USB Type-C port, single or dual-SIM support and more.

However, it is important to note that these all are rumoured specifications and features of the Galaxy Note 8 and the company has not revealed anything officially as of now. So stay tuned with us to know the final specification, pricing, availability of the Samsung Galaxy Note 8.