Meanwhile, the smartphone was recently spotted on Geekbench, which reveals some key features.

Samsung is all set to launch the much-awaited Galaxy Note 8 on August 23 at an Unpacked event held in New York. However, the company has not revealed when the device will be available for purchase until now.

According to a report by PhoneArena, the device would be launching on August 24 in the US. The intel comes from a Best Buy Mobile employee and it is confirmed through both Verizon and Samsung channels. However, it is still a rumour so we suggest you take this report with a pinch of salt.

Meanwhile, the smartphone was recently spotted on Geekbench, which reveals some key features. To start with, the phone scored 1984 in single-core test and 6116 in the multi-score test. The Geekbench listing reveals a model number SM-N950F and it also confirms that the smartphone will be powered by company’s in-house Exynos 8895 processor and it will come loaded with a 6GB of RAM. The listing further reveals that the Galaxy Note 8 will run on the latest Android 7.1.1 Nougat. 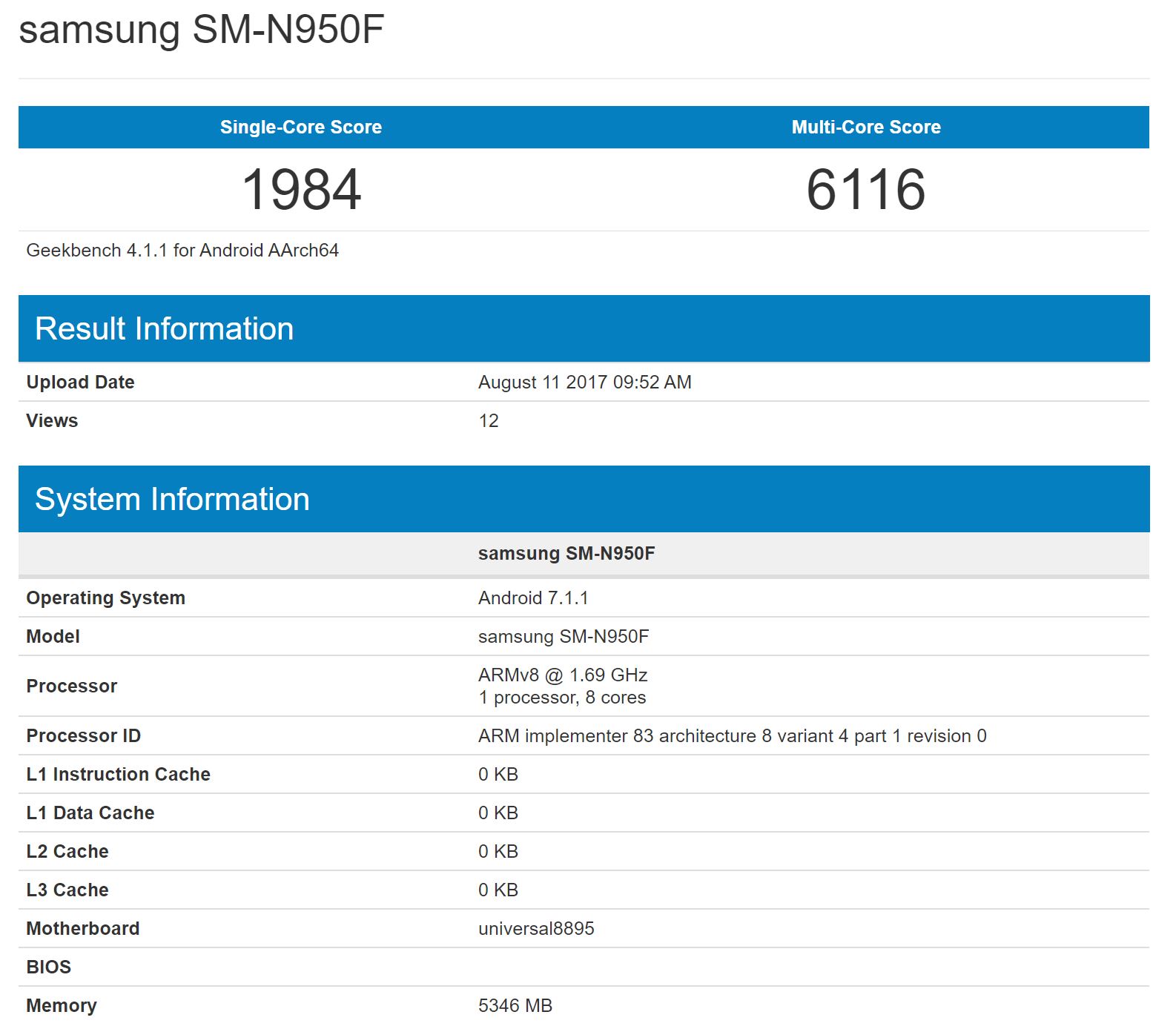 Talking about some other key specifications, the smartphone will feature a 6.3-inch Quad HD+ Super AMOLED display with a screen resolution of 2960 x 1440 pixels and it will maintain the same aspect ratio of 18:5:9 just like the earlier S-series. The device measures 162.5mm x 74.6 mm x 8.5mm.

On the hardware front, the Galaxy Note 8 will be powered by company’s in-house Exynos 8895 SoC globally, while Qualcomm Snapdragon 835 will be there for the US market. Both the chipsets employ 10nm FinFET technology, however, in many benchmarking tests, the Exynos variant has emerged to be more powerful than the Snapdragon variant.

Moving on, the smartphone will be backed by a 6GB of RAM coupled with a 64GB of internal storage, which is further expanded via microSD card slot. In the camera department, the smartphone will boast a dual-camera setup with both featuring 12-megapixel sensors. The primary camera will be a wide-angle one with aperture f/1.7 and dual-pixel autofocus, while the other one will be a telephoto lens which will give a 2x optical zoom and has an aperture of f/2.4. For the front, there will be an 8-megapixel shooter with a f/1.7 autofocus sensor.

On the battery front, the device will be backed by a 3300mAh battery along with fast-charging support via USB Type-C port or wirelessly. The report further mentions that the Galaxy Note 8 will the first ship in Midnight Black and Maple Gold colour variants, followed by Orchid Grey and a new Deep Sea Blue colours.