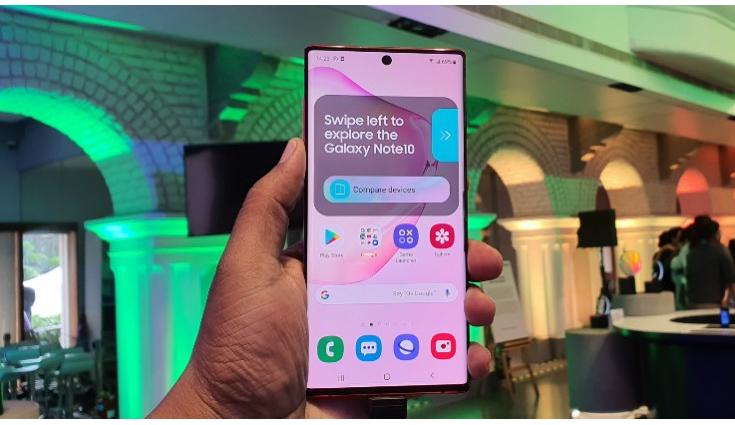 The update is rolling out to users who have enrolled for the beta testing programme.

The update is around 1.8GB in size and it also brings Android 10 operating system. The firmware brings a host of new features including new navigation gestures along with one-handed mode. Users can now double-tap the Home button or swipe down in the centre of the bottom of the screen to start one-handed mode.

The update also adds Digital wellbeing along with focus mode. It also enhances the security of the Galaxy Note 10 series with new Android 10 policies. The update also brings new visual experience along with minimal pop-up and clean user interface.

As for some Android 10 features, customers should expect new features of Android 10. Users will get to system-wide dark mode along with Live Caption, which will automatically caption videos, podcasts and audio messages across any app with a single tap. Other small features in the update include support for direct audio streaming to hearing aid devices, gender-inclusive emoji, and new enterprise features.

Users who want to enrol for the beta programme of the Galaxy Note 10+ and Galaxy Note 10 can go to Samsung Members application and go to Notices section. There, users will need to select ‘One UI Beta Program Registration’ to submit the application. Once you sign up, users can go to Settings and click on a Software update to download the latest beta version.