Samsung has officially announced the new Galaxy Mega 6.3 and Galaxy Mega 5.8 devices with Google Android 4.2 Jelly Bean operating system. The new Galaxy Mega devices feature large displays and best of the smartphone features. Both devices pack dual-core mobile processor and manage to measure just under 10 mm thick. Samsung plans to make the Galaxy Mega devices available from May onwards starting from Europe and Russia regions. The price still remains a mystery and the phone would be gradually made available in other regions. In a way, Samsung has addressed the fast growing fad of large screen smartphones.

Bearing design similar to the Galaxy S4, the new Galaxy Mega 6.3 has a Group Play feature that enables easy content sharing to up to eight devices on the same Wireless network. Samsung WatchON converts the device into a touchscreen remote controller for the TV. Samsung aims to take on LG’s Q Translator with the S Translator that requires internet to translate a spoken or written text.

The Galaxy Mega 5.8 features 5.8-inch touchscreen display with 960×540 pixel resolution natively. This device packs a dual-core 1.4 GHz mobile processor and paired with 1.5 GB RAM. This device will come only with 8 GB on-board storage and will support up to 64 GB micro SD card in the memory slot. 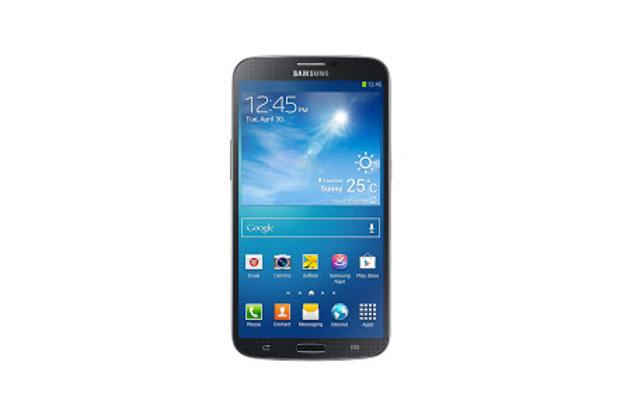 These devices have common set of features such as Bluetooth 4.0, WiFi Direct, WiFi (a/b/g/n/ac), Media High-definition Link, Near Field Communication, and GPS along with GLONASS support.

Both Mega phones have 8 megapixel camera at the back with LED Flash and autofocus feature. This camera would be able to record HD videos. Even the front facing 1.9 megapixel camera is similar on both the devices. One of the differences is that the Mega 6.3 packs a 3200 mAh battery while the Mega 5.8 has a 2600 mAh battery. Now only thing we hope is that these big screen display bearing Mega devices are appropriately priced.