Samsung Galaxy M52 5G renders have been leaked online. the phone will be launching in India on September 19 via Amazon. 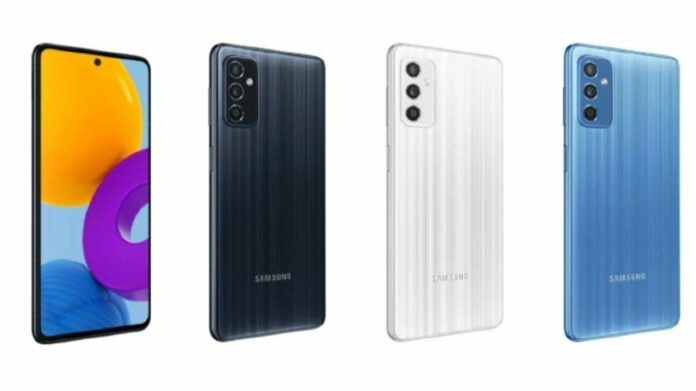 Samsung Galaxy M52 5G will be launching in India on September 19. Now ahead of the launch, the new renders have surfaced online, revealing its full design.

There will be a punch-hole cutout for the selfie camera in the front. At the rear, there is a triple camera setup with an LED flash. The right side of the device features a volume rocker and power buttons. The left side has a SIM tray. The Samsung Galaxy M52 5G is said to measure 7x76x164mm and weigh 175 grams.

The upcoming phone will be the successor of the Galaxy M51 launched in India last year. The device is supposed to be a rebrand of the Galaxy F52 5G. The device features a 6.7-inch AMOLED panel that offers FHD+ resolution and a 120Hz refresh rate.

The Snapdragon 778G chipset is expected to fuel the device with 8GB of RAM. In addition, it is likely to arrive with built-in storage of 128GB. Furthermore, the phone may pack a 5,000mAh battery, and it is likely to support 15W or 25W fast charging.

For photography, it will have a triple rear camera setup with a 64-megapixel primary camera, a 12-megapixel ultra-wide camera, and a 5-megapixel depth sensor. For selfies, it may feature a 32-megapixel front camera.

The phone will run One UI 3.1 based on Android 11 OS. In addition, there will be a side-mounted fingerprint sensor. 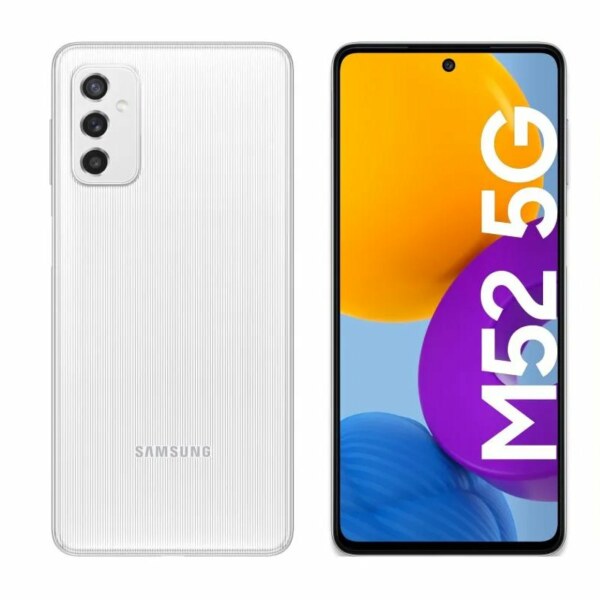