Samsung Galaxy M51 to be available on Amazon 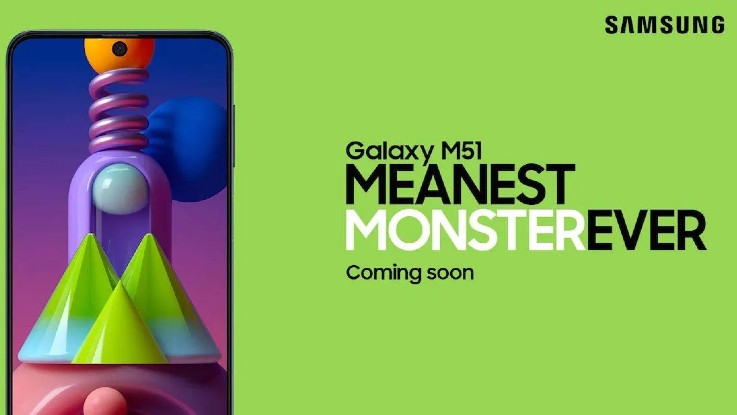 Now, ahead of launch, the availability of the smartphone has been revealed by the company.

Samsung is gearing up to launch its next-generation smartphone, the Samsung Galaxy M51. Now, ahead of launch, the availability of the smartphone has been revealed by the company.

Samsung Galaxy M51 will be available for purchase from Amazon India website. The e-commerce giant has rolled out a microsite for the upcoming smartphone. The microsite reveals that the smartphone will come with a punch-hole design and it comes with a tagline “Meanest Monster Ever”.

Previously, complete specifications of the Galaxy M51 was leaked online. As per the leak, the Samsung Galaxy M51 will feature a 6.67-inch Full HD+ Super AMOLED panel with a resolution of 1080 x 2340 pixels, a 60Hz refresh rate, 386ppi pixel density, and a peak brightness of 420 nits.