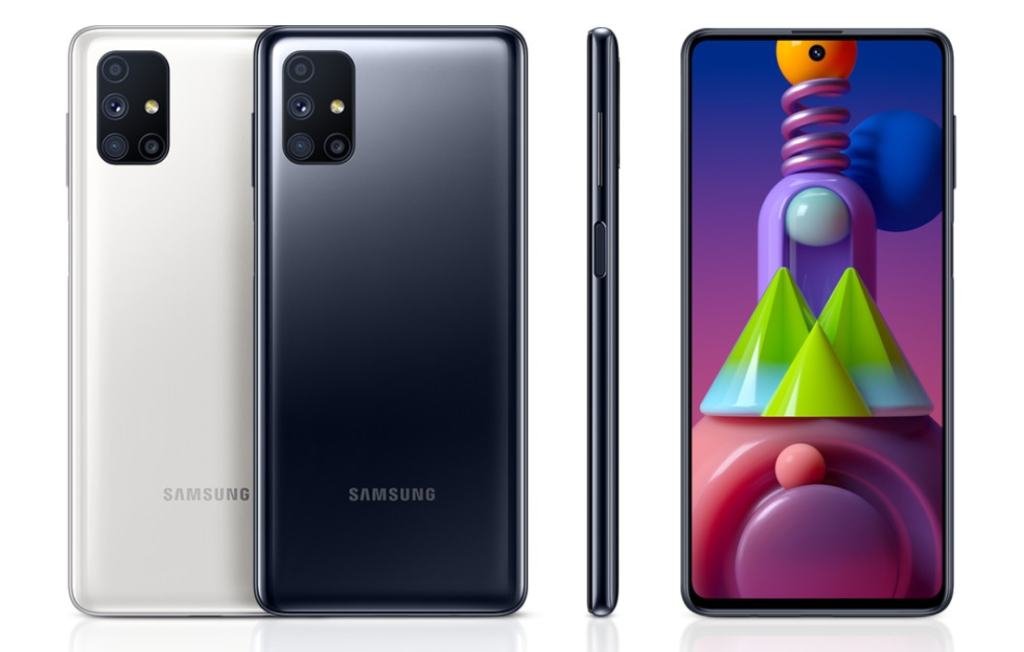 The Samsung Galaxy M51 is expected to debut in India in the second week of September and said to be priced between Rs 25,000 and Rs 30,000.

The major highlight of the Galaxy M51 is the 7000mAh battery which will also support 25W fast charging. Samsung Galaxy M51 features a 6.67-inch Full HD+ Super AMOLED panel with a resolution of 1080 x 2340 pixels, a 60Hz refresh rate, 386ppi pixel density, and a peak brightness of 420 nits.

Under the hood, the handset is powered by Snapdragon 730G SoC which we have earlier seen on several smartphones like the Poco X2, Realme X2 and several Samsung devices.

Samsung Galaxy M51 has dual SIM support and 6GB of RAM with 128GB onboard storage which is further expandable by up to 512GB via a microSD card. The phone runs Android 10 out of the box. Lastly, the Samsung Galaxy M51 features a side-mounted fingerprint sensor.