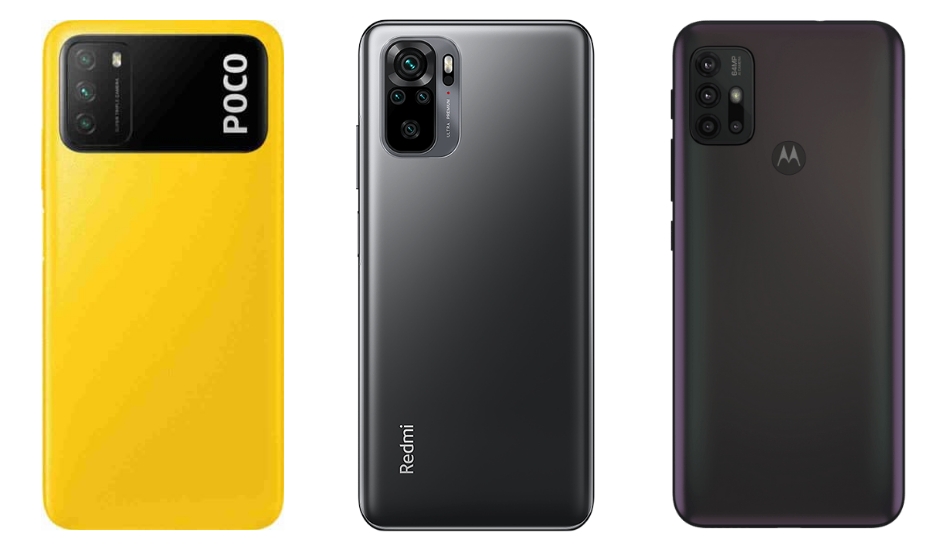 Samsung Galaxy M12 is a budget smartphone from the Korean manufacturer that sits in a price segment that is already pretty crowded. So let's have a look at other alternatives for the Galaxy A12

The Samsung Galaxy M12 is the newest addition to Samsung’s family of budget phones. While Samsung tries hard to capture the budget segment in India, some of the established players seem to already provide identical if not the same value as Samsung’s smartphones. 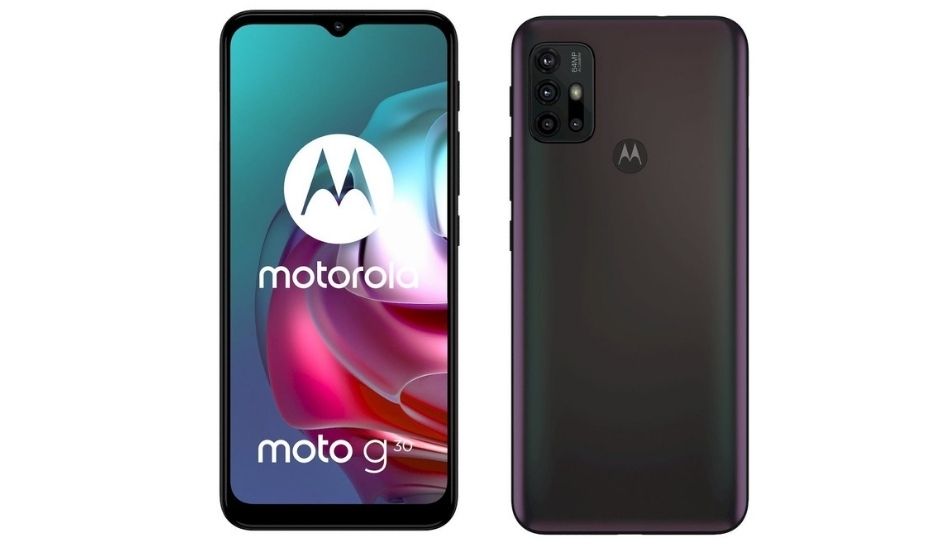 The Moto G30, which launched a few days ago is priced at Rs 10,999 and sports a 6.5-inch HD+ IPS display with a resolution of 1600 x 720 pixels and a 90Hz refresh rate. It is powered by the Snapdragon 662 SoC paired with 4GB of RAM and 64GB of storage with support for expandable storage up to 1TB using a microSD card.

The display and storage/ram combination remains the same at the price but in terms of processor, the Snapdragon should ideally provide better performance and battery life optimizations as Exynos processors have always faced some issues when it comes to battery and performance.

There’s a quad-camera setup on the back of Moto G30 that consists of a 64MP primary sensor, 8MP ultra-wide angle sensor along with 2MP depth sensor and a 2MP macro camera that is paired with a 13MP camera on the front. The Moto G30 is backed by a 5,000mAh battery with 20W fast charging support.

As far as on-paper specs of the camera are concerned, the Moto G30 looks to be a better device but for the real-life performance, both will have to be tested side-by-side. The Galaxy M12 has a bigger battery that will last you more but the Moto G30 will charge a bit faster than Galaxy M12. 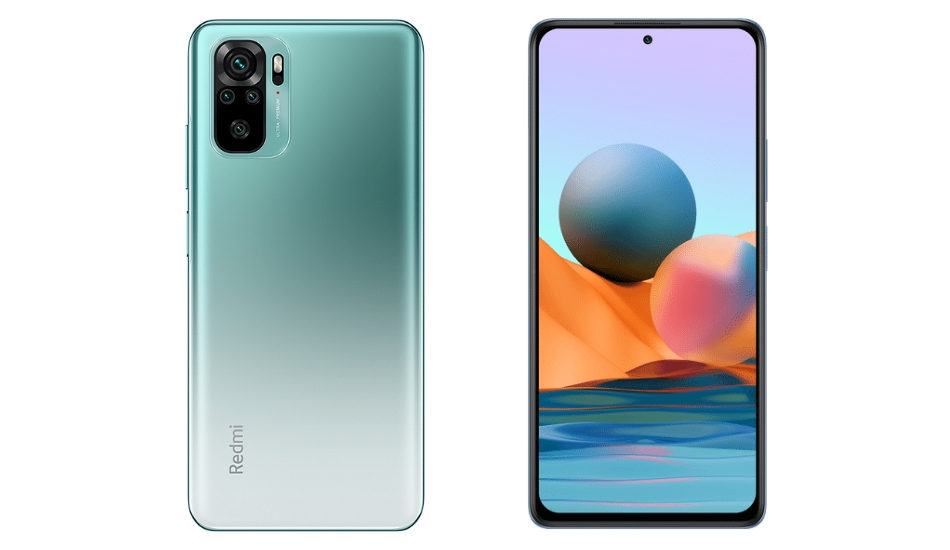 The Redmi Note 10 is one of the most interesting and value for money smartphones in the segment and is priced at Rs 11,999 for the base 4GB/64GB variant. Yes, it is 1000 bucks pricier but hear us out, it has a lot to offer for those 1000 extra bucks.

The Redmi Note 10 sports a 6.43-inch FHD Super AMOLED display with a peak brightness of 1100 nits, 100% DCI-P3 Color Gamut support, and a 180Hz touch sampling rate. The display is protected by the Corning Gorilla Glass 3.

The phone is powered by the Qualcomm Snapdragon 678 with a maximum clock speed of 2.2Ghz, paired with Adreno 612 GPU. The smartphone has up to 6GB of LPDDR4X RAM, 128GB of UFS 2.2 storage which is expandable up to 512GB via MicroSD card. It runs on MIUI 12 based on Android 11, upgradable to MIUI 12.5.

While the storage and the RAM remain the same, you get a processor with higher clock speed and better CPU performance that will help you with day-to-day performance as well as in gaming. A slight advantage the Galaxy M12 has over the Redmi Note 10 is that it has expandable storage up to 1TB, compared to half a terabyte in Redmi Note 10.

For optics, the smartphone sports a quad-camera setup with a 48MP Sony IMX582 primary sensor, an 8MP ultra-wide angle sensor, a 2MP macro camera and a 2MP depth sensor. On the front, it has a 13MP selfie shooter housed in a punch-hole. On paper, both the smartphones have a similar primary sensor but the wide-angle seems to be better on Redmi Note 10. However, cameras should not be measured on the basis of on-paper specs, but through real-life usage.

The Redmi Note 10 gets dual stereo speakers while there’s a single speaker on the Galaxy M12. Also, you get faster-charging speed on the Redmi Note 10. 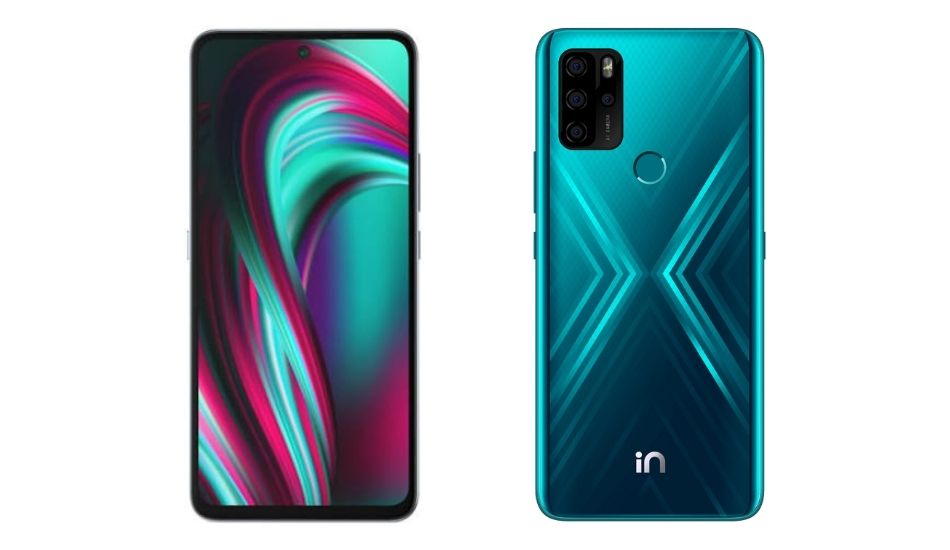 The In Note 1 comes with a 6.67-inch FHD+ display and is powered by the Mediatek Helio G85 chipset clocked at 2.0Ghz. The device comes with 4GB of RAM and 64GB or 128GB of storage.

In this case, we can see it comes with a better display but with a lower refresh rate again. The display on the In Note 1 will output a sharper picture but At 60Hz. So it will be a trade-off that you’ll have to make.

The Helio G series chipsets have always performed well in our testing of other devices with the same Helio G85 chip, be it gaming or performance. The Helio G85 is a higher clocked SoC and performs better even in benchmarks.

The device runs on Stock Android OS with 2 years of guaranteed OS updates. The In Note 1 is slated to receive Android 11 in April that will bring it to the same level as the Galaxy A12 as both of them will then feature Android 11 (as Galaxy A12 runs on Android 11 based on OneUI 3.1).

The phone has a 48MP Quad Camera setup at the back while the other three cameras are the standard 5MP Ultra Wide, 2 MP Macro, and 2MP depth sensors. It has a 16MP camera on the front for selfies. The cameras on the phones look exactly the same but real-life usage comes to play and we can’t decide a winner here.