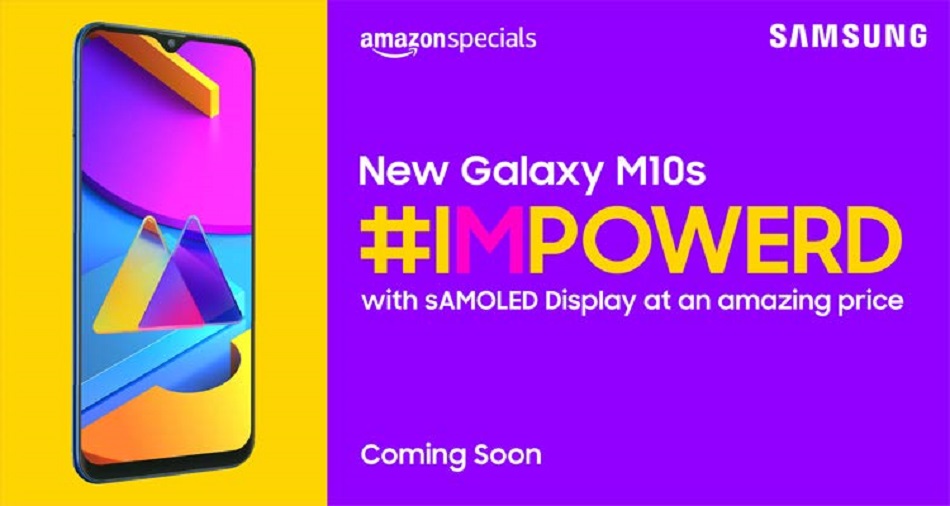 Now ahead of the launch, the specifications of the Galaxy M10s have been leaked via GizArena. As per the report, the Samsung Galaxy M10s will feature a 6.4-inch HD+ Super AMOLED display with a resolution of 1560 x720 pixels. The phone will be powered by 1.6GHz Exynos 7885 octa-core processor coupled with 3GB RAM and 32GB storage.

The Samsung Galaxy M10s will come with a dual-camera setup with a combination of a primary 13-megapixel f/1.9 sensor and a secondary 2-megapixel f/2.2 sensor. The smartphone will run on Android 9.0 Pie out of the box and it will come with a non-removable 4,000mAh battery.

Earlier, the Galaxy M10s smartphone was spotted on Google’s Enterprise website and Samsung India’s website in the form of a user manual. The phone was also spotted onGeekbench website, revealing few of its key specifications and features.