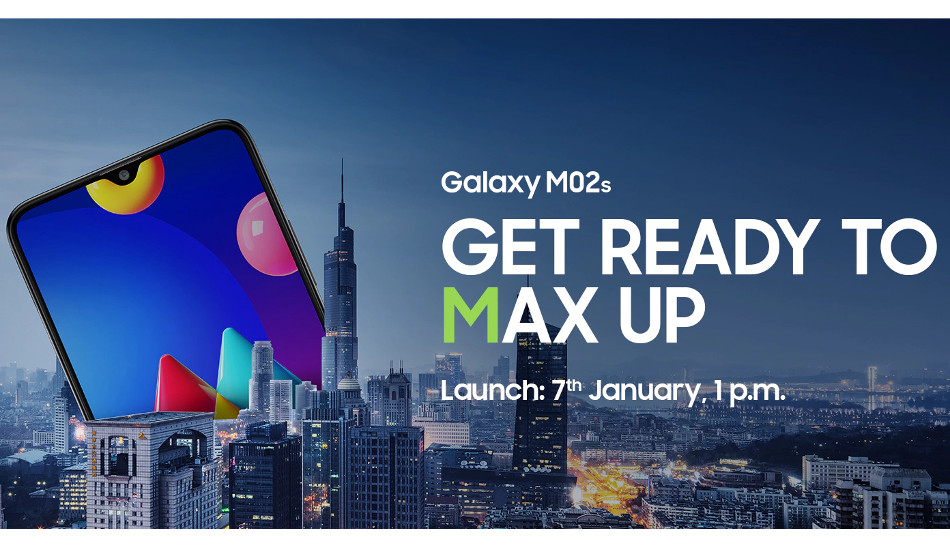 Samsung has today launched a new M-series smartphone known as the Samsung Galaxy M02s. The phone is priced at Rs 8999 for 3GB+32GB variant and Rs 9999 for 4GB+64GB variant

Samsung Galaxy M02swill be available on Amazon.in, Samsung.com and all key retail stores. The phone comes in three colours including Blue, Black and Red.

Coming to the specifications, the Samsung Galaxy M02s flaunts a 6.5-inches HD+ TFT display with 1560 x 720 pixels resolution and waterdrop notch. It is powered by octa-core Snapdragon 450 chipset, Adreno 506 GPU. The phone has up to 4GB RAM and 64GB onboard storage. There’s also a microSD card slot for expanding the storage up to 1TB.

For the camera, the phone sportsa triple camera setup at the back with a 13-megapixel primary sensor, 2 megapixels macro sensor and a 2 megapixels depth sensor. On the front side, there is a 5 megapixels sensor housed in the notch on the front for selfies and video calling.