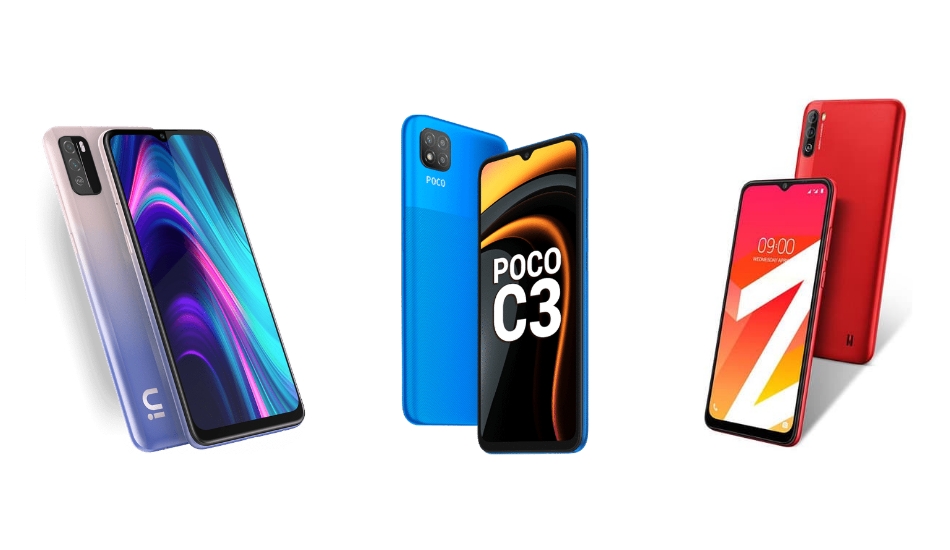 Samsung's Galaxy M02 is targeted at the budget range but there are surely some great alternatives in that price segment which you can consider before buying the Galaxy smartphone.

Samsung has managed to put together a good device at a price of Rs 6,799 and it is the Galaxy M02 that just launched in India a day ago. But we might be overlooking the fact that there are some good alternatives to this smartphone too if you don’t want to buy it.

So here we look at the top 3 alternatives for the Samsung Galaxy M02:

Micromax In 1B vs Samsung Galaxy M02

With Micromax making a comeback in India, the company decided to make an impact with its smartphones once again in the Indian market and it was successfully able to do so to some extent. With its Micromax In 1B, the company is trying to reach the masses with a budget price.

The smartphone is priced starting at Rs 6,999 identical to the Galaxy M02 and even has many advantages over it. 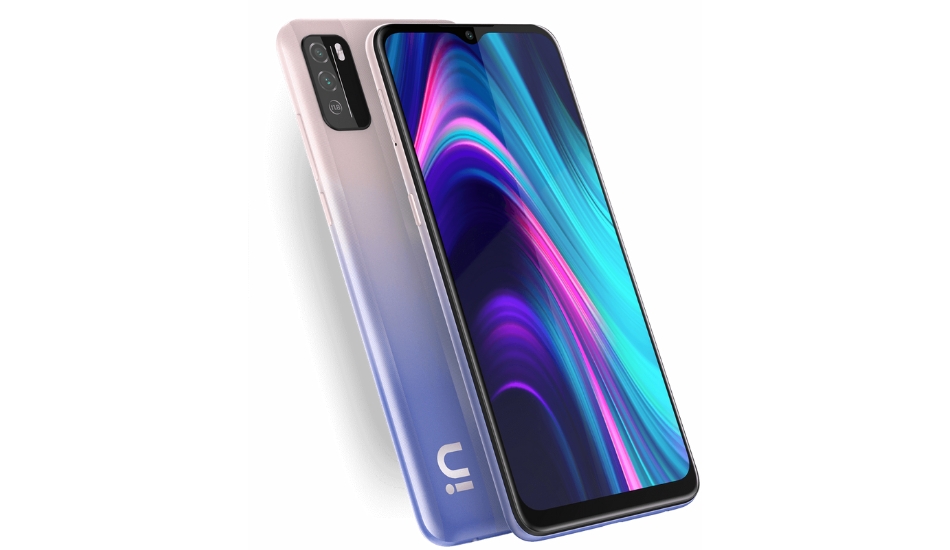 Micromax In 1B has a 6.52-inch HD+ display whereas the Galaxy M02 also has a similar sized HD+ display.The Micromax In 1B is powered by the MediaTek Helio G35 paired with 2GB or 4GB of RAM and 32GB or 64GB of storage while the Galaxy M02 is powered by a Mediatek MT6739 quad-core SoC clocked at 1.5GHz paired with up to 3GB of RAM and 32GB of internal storage.

More cores and higher clock speeds means the In 1B should handle the tasks more effectively than the M02 resulting in much better general and even gaming performance.

The In 1B runs on Stock Android OS with 2 years of guaranteed OS updates whereas the M02 runs on Samsung’s One UI. The Stock Android on In 1B will be bloat free and you should get faster updates compared to the M02. The M02 on the other hand should have more features but with degraded performance.

The In 1B has a dual rear camera setup consisting of a 13MP primary camera along with a 2MP depth sensor. On the front, the device has an 8MP camera for selfies. The Galaxy M02 also sports dual rear cameras with a 13-megapixel primary sensor with f/1.9 aperture and LED flash and 2-megapixel macro sensor with f/2.4 aperture. For the front, there is a 5-megapixel shooter with f/2.0 aperture.

The selfies on the In 1B should come out to be better than M02 as per on-paper specs. The M02 will provide you better Macro shots whereas the In 1B will give you better portrait shots.

Lava’s latest Lava Z2 is another great alternative to the Galaxy M02 with a better processor and is also priced at Rs 6,999. 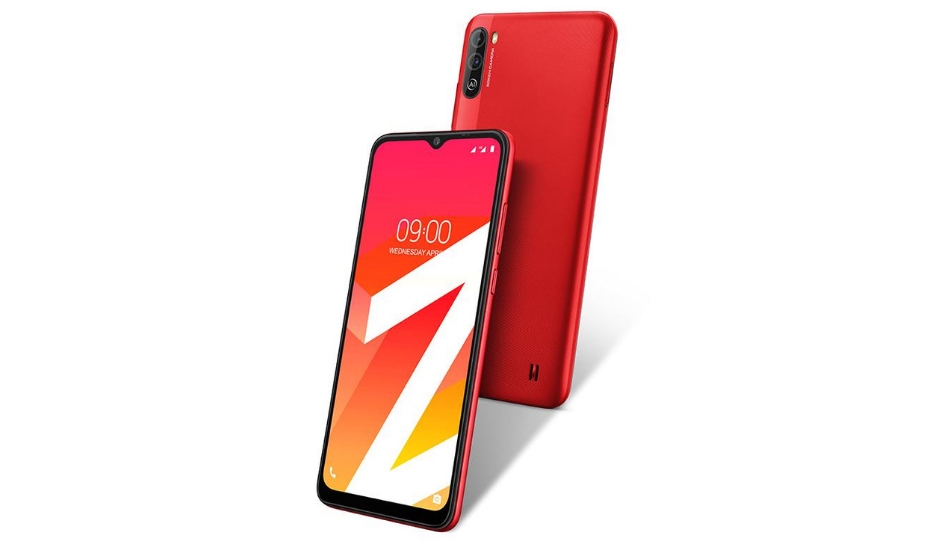 The Lava Z2 features a 6.51-inch HD+ display with a screen resolution of 1600 x 720 pixels, 20:9 aspect ratio and Corning Gorilla Glass 3 protection. This again matches the spec sheet of Galaxy M02 so there won’t be any difference here.

The Lava Z2 is powered by 2.3GHz Octa-Core MediaTek Helio G35 processor coupled with 2GB of RAM and 32GB of internal storage. The storage is expandable up to 512GB via micro sd card slot. While there won’t be any issues regarding the storage capacities, the Lava Z2 will again provide you with better performance in day-to-day tasks and gaming. It has a much better processor compared to the one present on Galaxy M02.

The selfies should be better on Lava Z2 while the shooting experience from the rear cameras should be similar if not the same.

The smartphone runs on Android 10 Go Edition and it is juiced up by a 5000mAh battery, same as the M02. The battery backup depends on how the software handles the tasks and is also based on per user’s usage. We can say that both of them will provide much the same battery backup.

The Poco C3 is a perfect alternative to Samsung Galaxy M02. It even comes with an extra camera on the rear as it has a triple camera setup and is also powered by a better processor compared to Galaxy M02. 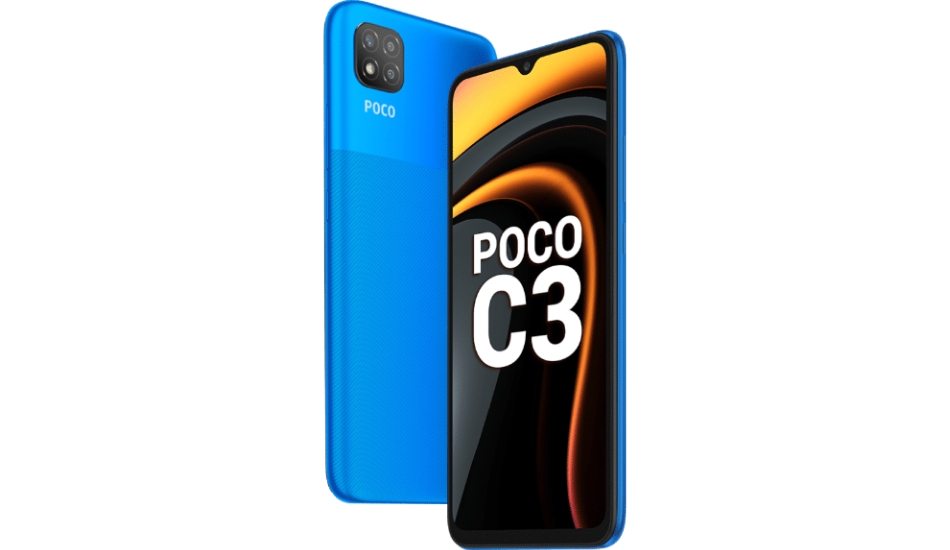 It is also backed by a 5,000mAh battery with support for 10W fast charging and the Galaxy M02 is also having a 5000mAh battery. There is a triple camera setup with a combination of 13-megapixel rear camera with LED flash, 2-megapixel macro lens and 2-megapixel depth sensor.

The Galaxy M02 is having a dual camera setup with a combination of 13MP + 2MP sensors and this again means the Poco C3 is a better device out of the two.