Samsung Galaxy J5 (2016) which was launched in India in May last year has been spotted on a GeekBench benchmarking website with Android 7.1.1 Nougat onboard, as per SamMobile. The listing simply implies that Samsung is perhaps testing the latest software and may release the same for the device soon. The device was originally launched with Android 6.0.1 Marshmallow operating system with Samsung’s TouchWiz UI. The Samsung Galaxy J5 (2016) recently got WiFi certification from the WiFi Alliance (WFA) with Android 7.0 Nougat onboard also. 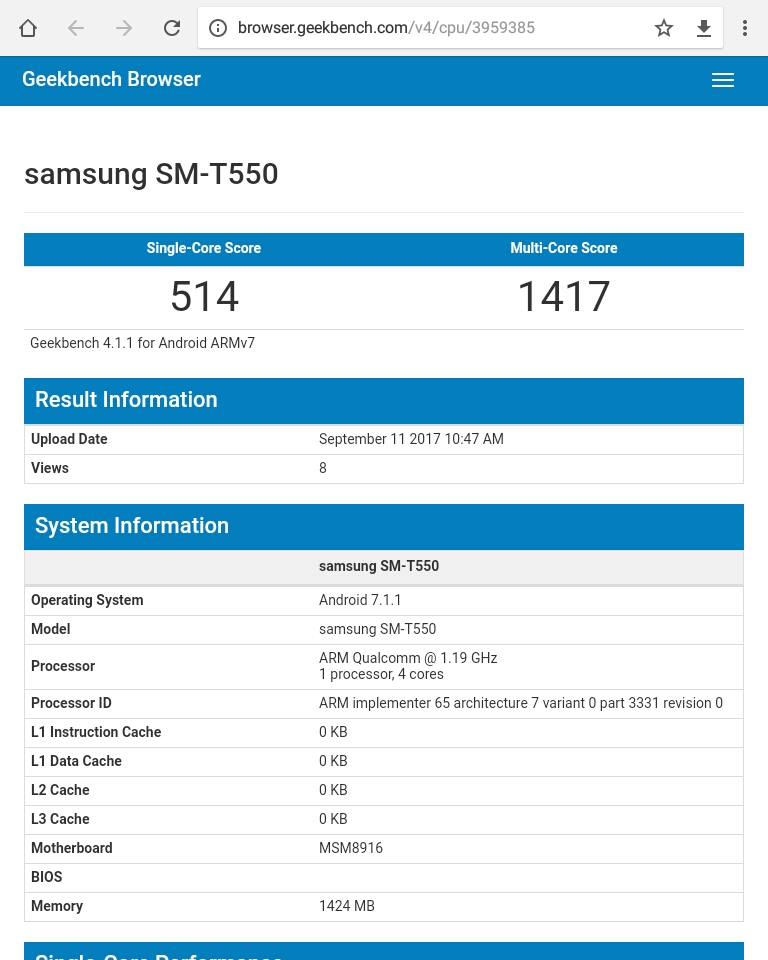 For the camera, the smartphone has a 13-megapixel autofocus camera and an LED flash at the back while a 5-megapixel camera on the front. The camera features include CMOS, f/1.9, Auto Focus, Beauty Face, Continuous Shot, Interval Shot, Panorama, Sports Mode, Sound and Shot Mode, and Zoom support. Besides this, the smartphone offers 4G, Bluetooth, GPS, WiFi, NFC and a Micro USB port for connectivity and measures at 145.8 x 72.3 x 8.1 mm weighing 158 grams.