The Samsung Galaxy J6+ comes in Blue, Black and Red colours while the Galaxy J4+ comes in Black, Gold and Blue colour options.

The Samsung Galaxy J6+ features a 6-inch HD+ Infinity 2.5D curved glass display with 1480 x 720 pixels resolution.  The smartphone runs on Android 8.1 (Oreo) operating system and it is backed up by 3300mAh battery.

For the camera, the Galaxy J6+ comes equipped with a dual rear camera of 13-megapixel primary sensor with LED flash, f/1.9 aperture and secondary sensor of 5-megapixel with f/2.2 aperture. For the font, it has an 8-megapixel front-facing camera with LED flash and f/1.9 aperture. It is powered by 1.4GHz Quad-Core Snapdragon 425 processor with Adreno 308 GPU coupled with 4GB RAM with 64GB storage. The memory can be expanded up to 512GB with microSD.

The Galaxy J4+ has the same display and the same resolution as the Galaxy J6+. The smartphone is powered by the same 1.4GHz quad-core Snapdragon 425 processor. It comes with 2GB RAM, 32GB internal storage and expandable memory up to 256GB with microSD. 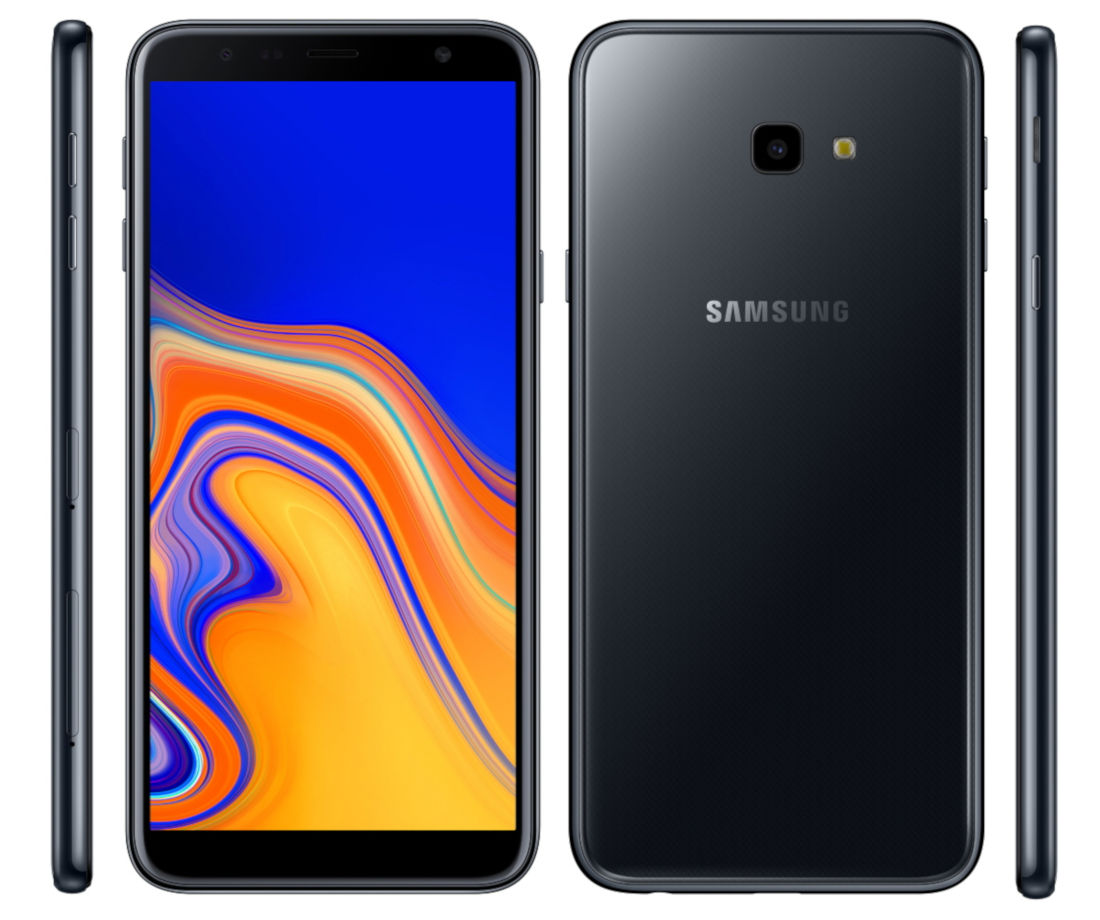