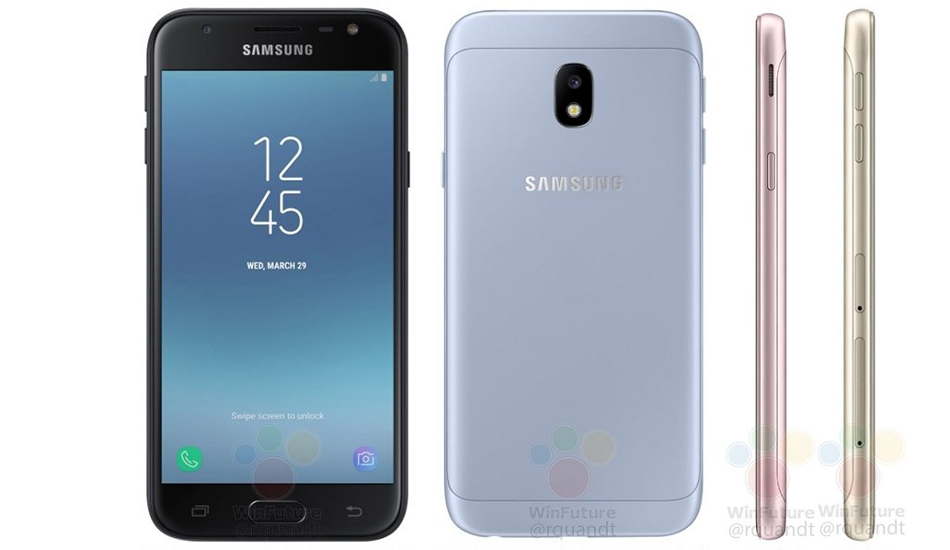 The leaked model is said to be the international version of the Samsung Galaxy J3 (2017).

This new international variant is said to come with 2GB of RAM as against of 1.5GB of RAM in the recently launched model in the US. As per the leaked image, the device will come in four colour variants – black, light blue, gold, and pink and the case of Galaxy J3 (2017) is partially made of metal.

According to earlier reports, the smartphone comes with a 5 inch HD display with 720 x 1280 pixel resolution. It will be powered by a 1.4 GHz quad Core Exynos 7570 processor along with ARM Mali-T720 GPU and 2 GB of RAM. The Galaxy J3 (2017) has a 13-megapixel rear camera and a 5-megapixel front camera for photography. The smartphone will be backed up by 2600mah non-removable battery. Besides, running on Android 7.0 Nougat, the Galaxy smartphone comes with 16 GB of internal storage. For connectivity, the device is expected to come with basic connectivity features like 3G, WiFi, Bluetooth, GPS and Micro-USB port.

Besides, running on Android 6.0 Marshmallow operating system, the Galaxy J3 (2017) comes with 16 GB of internal storage with expandable memory of 256GB via microSD card and a removable 2600 mAh battery. For connectivity, the device comes with 4G LTE, WiFi, Bluetooth, GPS and Micro-USB port. The smartphone has Gyro, Accelerometer, Magnetic and Proximity sensors. The handset measures 140.9 x 70.1 x 8.7 mm and weighs 147 grams.