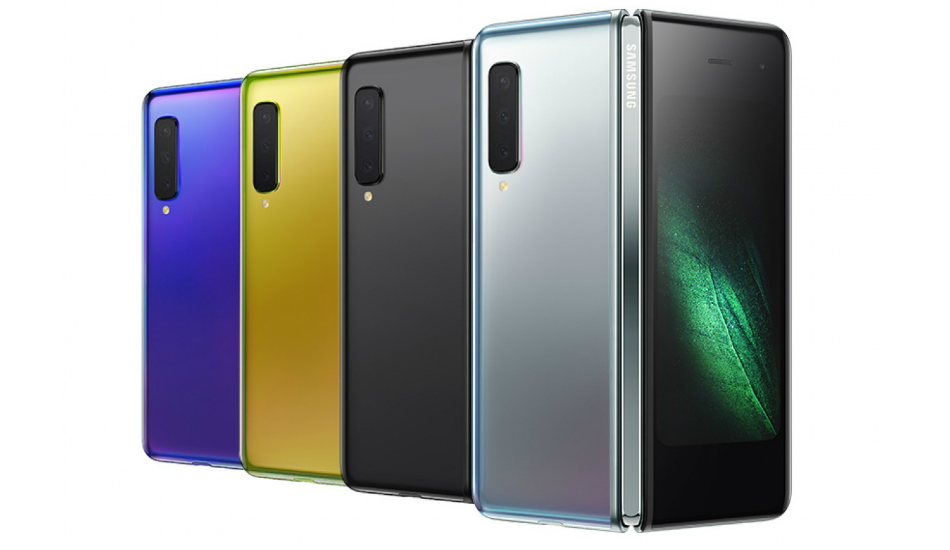 Even though the phone supports 5G connectivity, Samsung Galaxy Fold is likely to be released with 4G LTE connectivity in the country.

Samsung’s first foldable smartphone Galaxy Fold is all set to be announced in India soon. The development has been confirmed by DJ Koh, President and CEO of IT & Mobile Communications Division, Samsung in a conversation with media after the launch of the Galaxy S10 series in the country.

DJ Koh, however, did not mention any specific launch date for the Galaxy Fold but confirmed that an Indian launch will certainly happen. He also said that phone would be manufactured in India, but will not use the ‘Made in India’ logo.

While speaking to select media personnel at the event in New Delhi yesterday, he said that “Indian market is, I clearly said, most important market – not only investment and everything, my long-term commitment is towards the market. In this market, why will I not deliver my newest technology innovation? Yes, I will do.”

The Galaxy Fold was announced at Galaxy Unpacked 2019 last month in San Francisco at a premium price tag of $1,980 (approx. Rs 1,40,000). The phone is likely to be priced more in India as the phone will not be manufactured in the country and will have to be imported. As per reports, the Galaxy Fold could be priced at around Rs 2,00,000 in India. Even though the phone supports 5G connectivity, it is likely to be released with 4G LTE connectivity in the country.

Samsung Galaxy Fold has two screens, a 4.6-inch HD+ Super AMOLED (21:9) cover display on the front and a 7.3-inch QXGA+ Dynamic AMOLED tablet screen with 4.2:3 aspect ratio when the phone is unfolded. It has a 7nm octa-core processor paired with 12GB of RAM and 512GB of internal storage. There are two batteries on the inside of the two foldable slabs which amount to a total of 4,380mAh.

There is a total of six cameras on the phone including a triple rear camera setup. Primary setup includes a triple camera module at the back of the phone which combos a 12MP lens with a variable aperture (with OIS), a 12MP telephoto lens (with OIS) and a 16MP ultra-wide angle camera. There’s a single 10MP selfie camera at the top of the cover display while there’s a dual camera 10MP + depth sensor setup at the top of the tablet display. The Galaxy Fold runs on Samsung’s One UI on top of Android 9 Pie