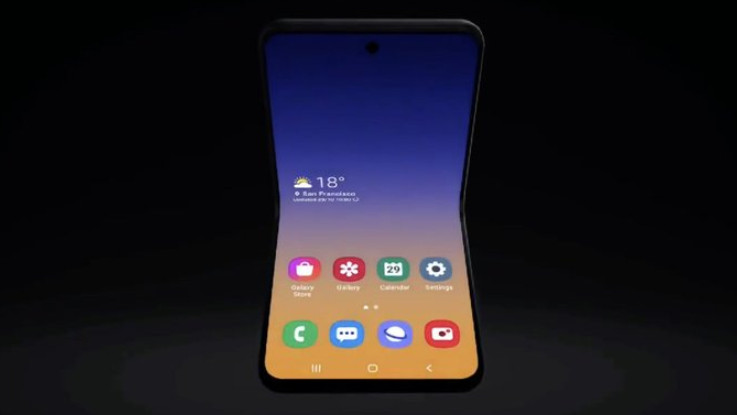 Just ahead of launch, new details have emerged about the Galaxy Fold 2 smartphone.

Samsung has already announced that it will be holding an event on February 11 where it will unveil its latest Galaxy S20 series and Galaxy Fold 2. Now, just ahead of launch, new details have emerged about the Galaxy Fold 2 smartphone.

Additionally, it is reported that the Galaxy Fold 2 will come loaded with a 10-megapixel selfie shooter. This means that the foldable phone will come with a similar selfie camera as seen on the Galaxy Note 10. The phone is expected to feature a punch-hole design similar to what we have seen in the latest Galaxy Note 10 series.

The Galaxy Fold 2 might cost around 1 million won, which roughly translate to $845 or Rs 60,633 in South Korea. The phone is expected to hit $1,000 price tag when it will hit the global market. Previously, the alleged photos were leaked on Chinese social media site Weibo and it shows a clamshell Samsung foldable smartphone. The image reveals that the Galaxy Fold 2 will come with a similar design language as recently seen with Moto RAZR 2019. This means users can fold the smartphone vertically, just like a flip phone.