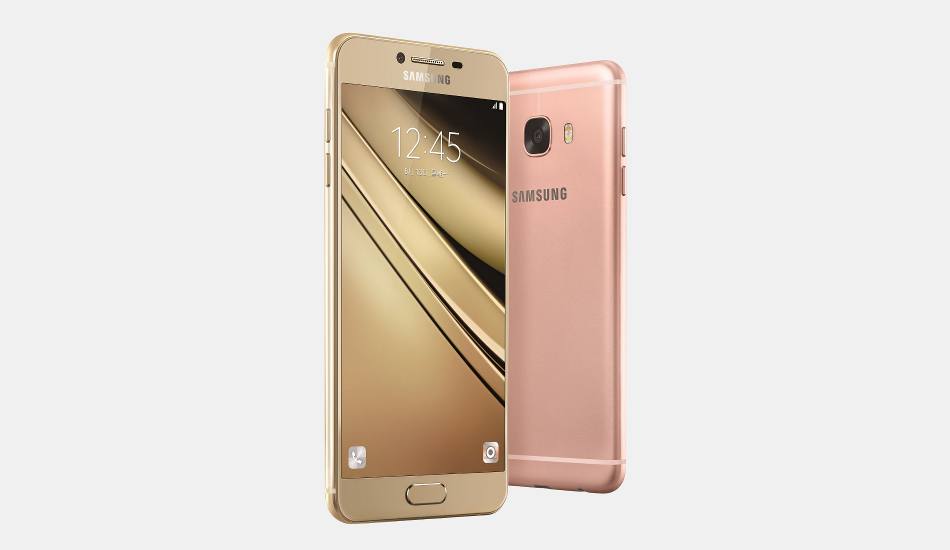 Earlier Zauba listing was carrying a screen size of 5.7 inch of Galaxy C9.

Samsung Galaxy C9, which was earlier spotted on Indian export import website Zauba, has again been spotted on the same site. Instead of 5.7 inch display which was shown in the previous Zauba listing, this new Zauba listing shows 6 inch display of the phone. The new C series smartphone from Samsung has the model number SM-C9000 and is codenamed ‘Amy’.

As per the new Zauba listing the SM-C9000 phone is carrying a screen of 6 inch and has a price tag of Rs 17,107. Sadly, apart from this, there’s no other information on Zauba. About 2 units of Samsung SM-C9000 have been imported from South Korea to India for testing.

As per previous reports, Samsung Galaxy C9 will be launched within the next two months. So most probably the device will be coming in between October and November.

To recall, the Samsung Galaxy C5 offers a 5.2-inch display with full HD (1920 x 1080 pixels) Super AMOLED display. It is powered by an octa-core Snapdragon 617 (4 x 1.5GHz + 4 x 1.2GHz) processor and Adreno 405 GPU. The phone has a 128GB expandable memory slot. The smartphone runs on Android 6.0.1 Marshmallow operating system and is backed up by a 2,600 mAh battery. The device also features a fingerprint sensor on the home button. In the camera department, it has a 16 MP primary camera with dual-tone LED flash and 8 MP front facing camera.

The Samsung Galaxy C7 offers a 5.7-inch display with full HD (1920 x 1080 pixels) Super AMOLED display. It is powered by a 2 GHz octa-core Snapdragon 625 processor and Adreno 506 GPU. The phone has 4GB RAM, 128GB expandable memory slot, Android 6.0.1 Marshmallow operating system and a 3,300 mAh battery with Qualcomm Quick Charge 3.0. The device also sports a finger print scanner and the same 16MP and 8MP camera combination as seen in the C5.