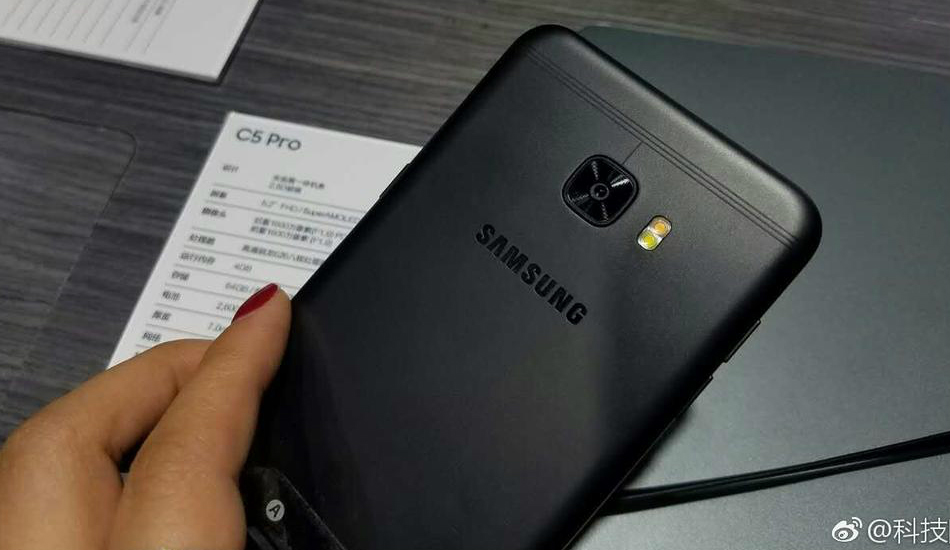 The smartphone was spotted in Black colour variant and it is also reported that will come in Blue, Champagne Gold and Rose Gold colour options as well.

Samsung has finally taken the wraps off the much-rumoured Galaxy C5 Pro during Samsung Forum 2017 event in China. The smartphone was spotted in Black colour variant and is also reported to come in Blue, Champagne Gold and Rose Gold colour options.

The images reveal that the device will come with a metal unibody design and there would be narrow bezels on either side of the display. The front of the device sports a home button flanked between the back and recent menu, while at the top there would be a front-facing camera. At the back, there is a primary camera coupled with dual LED flash. Interestingly, the device would be positioned as a mid-ranger and might come with a price tag of RMB 2,499 (approx. Rs 24,191) in China. 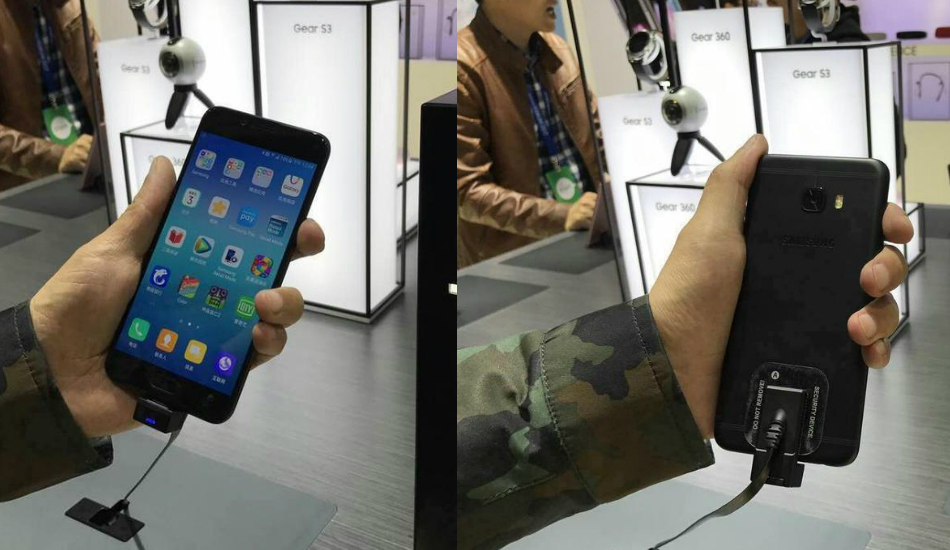 Recollecting some key specs, the smartphone is reported to come with a 5.2-inch display, while some reports mention that it will come with a 5.5-inch screen. Nevertheless, the display will be a Full HD Super AMOLED one with a screen resolution of 1080p. Under the hood, there will be a Qualcomm Snapdragon 626 processor along with 4GB of RAM and 64GB of internal storage, which can be further expanded via microSD card slot.

The smartphone will pack a 16-megapixel rear-facing camera and a secondary 16-megapixel camera in the front. The Galaxy C5 Pro is likely to come with Android 6.0.1 Marshmallow, but we expect a possible Android 7.0 Nougat update soon afterwards. The smartphone is expected to be fueled by a 3000mAh battery.