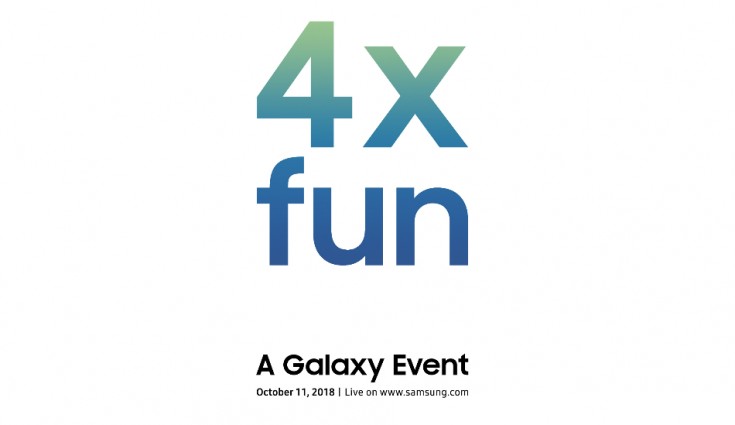 The recent invite hints “4X Fun”, which means that the upcoming smartphone will come loaded with four cameras, making it Samsung’s first phone to sport such kind of camera setup.

Samsung has recently announced that it will be holding an event on October 11, where it will unveil a new product. Now, as per multiple leaks that the upcoming smartphone will be named as Samsung Galaxy A9 Pro (2018).

As per areport, the upcoming smartphone will be powered by a Qualcomm Snapdragon 710 chipset. This will be the first phone from the company’s camp to sport such kind of processor. To recall, the company introduced the latest chipset in May this year. The new platform is powered by a multi-core AI Engine, and promises up to 2X overall performance improvements in AI applications, as compared to Snapdragon 660.

However, apart from this, there is no information available about the new device that Samsung will launch on October 11. The recent invite hints “4X Fun”, which means that the upcoming smartphone will come loaded with four cameras, making it Samsung’s first phone to sport such kind of camera setup. As part of the soft launch, the “4X fun’ Galaxy event will be live streamed on Samsung’s official site on October 11, just two days after Google will be presenting its Pixel 3 and Pixel 3 XL smartphones to the world.

Many believe that the brand will employ two cameras at the front and two cameras at the rear. Interestingly, Samsung is not the only brand that will bring quad-camera setup, we have already seen players like Huawei, Xiaomi and more bringing, four cameras on their smartphones.