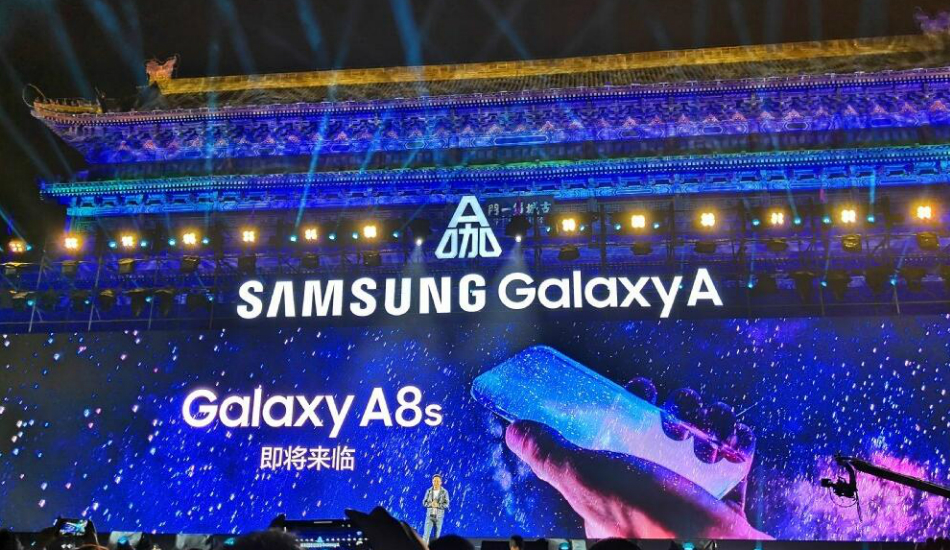 Samsung indicated that the Galaxy A8s will be the first smartphone to adopt a new technology which when we come to think looks to be all about the screen which has no bezels to speak of. This brings up the question of how Samsung plans to house the front-facing camera and sensors.

At the Galaxy A6s and A9s launch eventin China, Samsung made a surprise announcement as it teased another upcoming mid-range smartphone – the Galaxy A8s. While nothing much was revealed about the device, the South Korean company did tease a picture, revealing the upcoming mid-ranger in some of its all-screen glory.

Samsung indicated that the Galaxy A8s will be the first smartphone to adopt a new technology which when we come to think looks to be all about the screen which has no bezels to speak of. This brings up the question of how Samsung plans to eliminate the problems arising due to the placement of a front facing camera and sensors.

A word from Twitter tipster Ice Universe implied that the new display technology on the Galaxy A8s will be devised in such a way that there will be a hole for the front-facing camera. The hole will most likely also integrate the proximity and ambient light sensors within the camera unit as well. 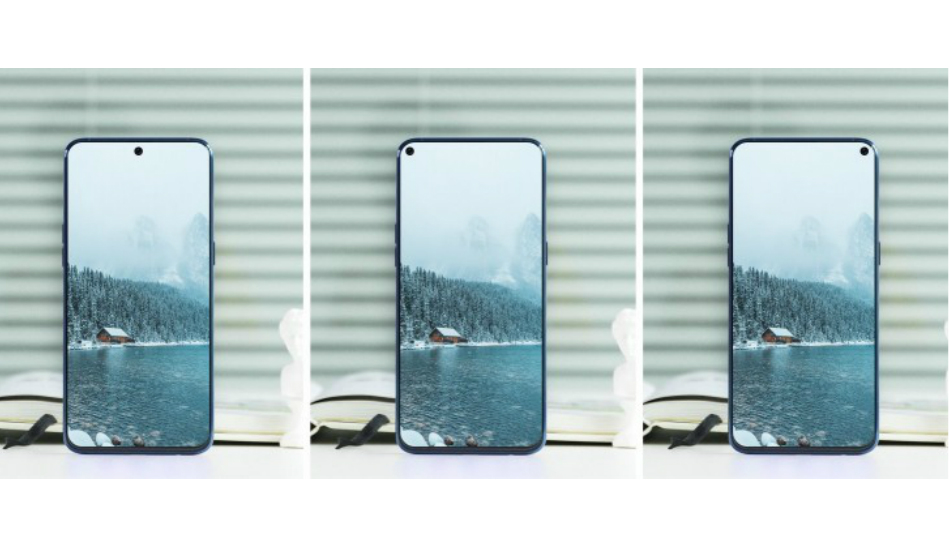 The tip also reveals that the hole will comparatively be much smaller to a water-drop notch which we’ve come to see lately and thus save screen real estate for more interactive elements on the screen. It’s unclear where Samsung plans to implement the hole on the screen as it could be positioned o either top sides or be aligned down the middle to look symmetrical.

The Galaxy A8s is still a long way till it gets real but it’s likely that Samsung launches it at the start of the new year or before the end of 2018. Samsung has recently shifted its focus from flagships to mid-range smartphones when it comes to employing newer technologies. It started with the launch of the Galaxy A7 (2018) which featured Samsung’s first triple-camera setup on a Galaxy smartphone and was soon followed up by the Galaxy A9/A9s with a quad-camera unit at the back. Such a move gives Samsung a chance to experiment with new advances in technology and see if it gathers a large amount of audience when it adds new features to mid-rangers instead of its main flagship devices.