Samsung Galaxy A82 spotted on Geekbench

The Samsung Galaxy A80 was launched two years back and we have never heard of a successor to the phone until now. Thanks to a geekbench listing, we might have our first look at what could power the upcoming successor to the Galaxy A80, that came with a flippable camera.

The Geekbench listing bears the model number SM-A826S that is likely the upcoming Samsung Galaxy A82 5G smartphone and surprisingly, the phone seems to be powered by a Snapdragon 855+, an SoC introduced back in late 2018. 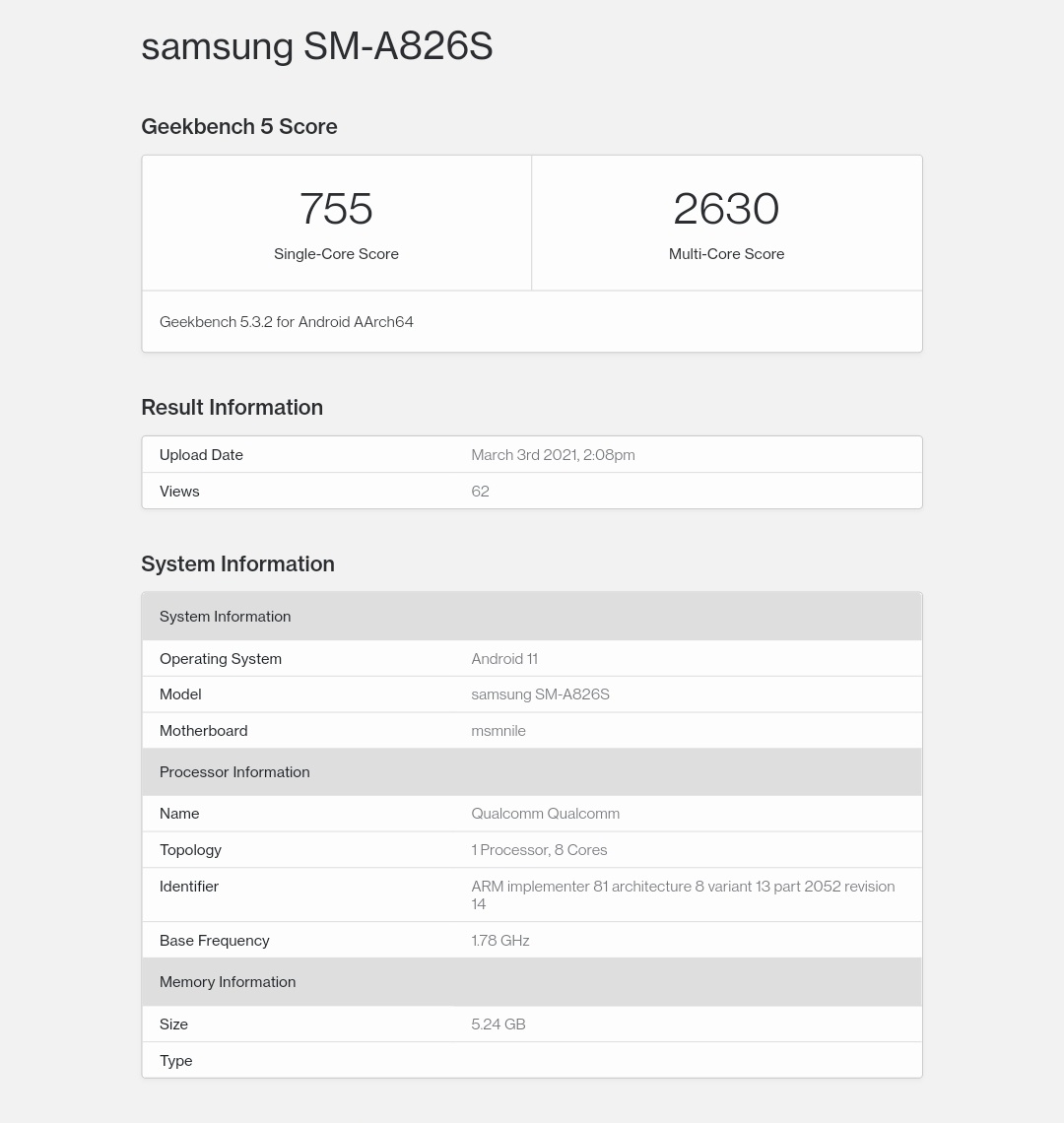 This particular variant spotted on Geekbench runs on Android 11, most likely based on OneUI 3.1 that will be paired with 6GB of RAM. Some more details regarding the smartphone should be uncovered in the near future considering the Geekbench listing made an appearance.

It won't be shocking if we see Samsung use an old chip in its smartphone considering what we saw with the Galaxy F62. The brand hasn't made any announcements regarding any type of specifications so we will have to wait until anything else appears.

Meanwhile, Samsung launched the Galaxy A32 4G in India a day ago that sports a 6.4-inch Full HD+ Super AMOLED display with a 90Hz refresh rate, up to 800nits brightness, Corning Gorilla Glass 5 protection. The smartphone is powered by the MediaTek Helio G85 processor with up to 950MHz ARM Mali-G52. It comes with an in-display fingerprint scanner.  It runs Android 11 with One UI 3.

It comes with a 64MP quad-camera setup on the back and is backed by a 5,000mAh battery with support for 15W of wired charging.

How does Samsung Galaxy F62 compare with the competition?