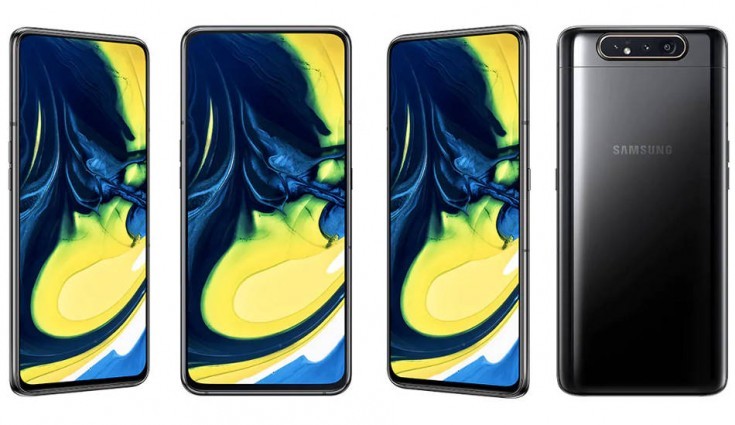 The Samsung Galaxy A80 update brings in the autofocus function for selfies.

Samsung has rolled out a new update to its Galaxy A80 smartphone. The update brings July Android security patch as well as improvements to the stability of the camera and device security.

SamMobile reports that the firmware version for the latest update is A805FXXU2ASG7 and it is rolled out over-the-air. The update is 413.84 MB in size and can also be installed on your device via Samsung’s Smart Switch software.

The update brings in the autofocus function for selfies. Apart from this, the update also brings with the usual bug fixes, device stability improvements and enhancing existing features. In order to check for the latest update, users can go to Settings > Software Update > Download and Install. Once the new update is installed, you cannot go back to older software, so you might want to wait and see if the update is completely bug-free before installing it on your device.

To recall, Samsung Galaxy A80 was launched in India recently for Rs 47,990. The phone features a 6.7-inch Super AMOLED (1,080 x 2,400 pixels) Infinity display with 20:9 aspect ratio screen. Under the hood, the phone is powered by Octa-core Snapdragon 730G processor with an Adreno 618 GPU. It comes in a single variant with 8GB of RAM along with 128GB of internal storage.

Samsung Galaxy A80 triple camera setup on the back rises up and rotates to the front when using the selfie camera. On enabling the selfie mode in Galaxy A80, the triple camera setup slides up and rotates. The camera has 48-megapixel as a primary sensor with f/2.0 aperture, an 8-megapixel ultra-wide angle camera with a 123-degree field of view and a 3D TOF depth sensor for Live Focus. Also, the ultra-wide images can be captured on both front and rear. With other intelligent camera features such as Scene Optimizer that can recognize and enhance up to 30 scenes, and Flaw Detection that automatically identifies glitches before a picture is clicked.

Galaxy A80 is backed up by a 3700mAh battery with 25W Super Fast Charging support over Type-C. The phone also comes equipped with Samsung Pay that is secured by Samsung Knox. It runs on Android 9 Pie with Samsung’s One UI out of the box and also features an in-display fingerprint scanner.