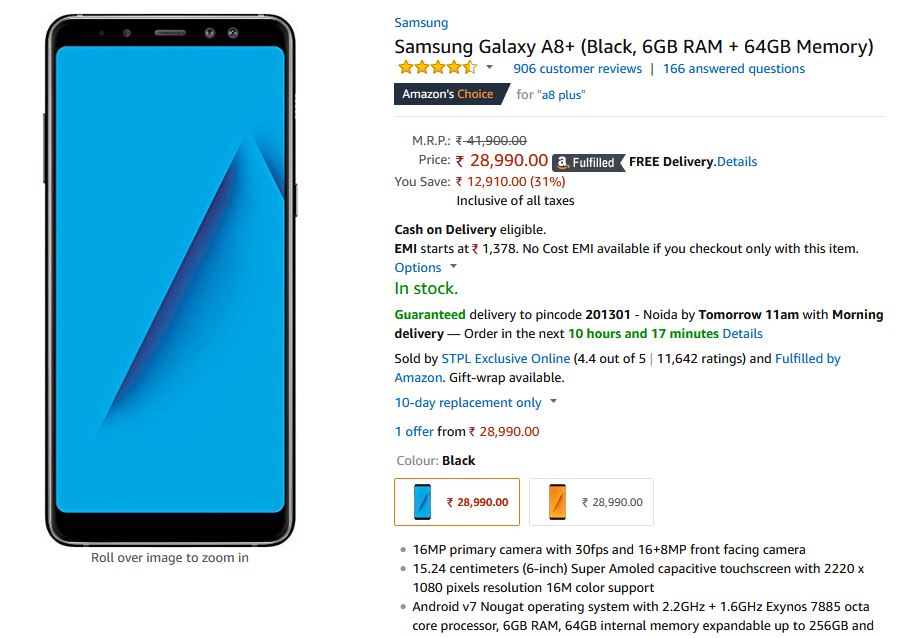 To recall, the smartphone was unveiled along with Galaxy A8 (2018) in December last year. The smartphone comes loaded with a host of interesting features. The smartphone is the first from Samsung’s camp to feature dual-selfie cameras. The Galaxy A8+ (2018) bears a 16-megapixel primary camera and an 8-megapixel secondary sensor with the same aperture of f/1.9. The dual cameras are used to create from clear portrait shots to close-ups with background blur. Then there is Live Focus feature that adjusts the bokeh effect before or after you take the picture. One can also add stickers to a selfie as well. For the rear, there is a 16-megapixel sensor with aperture f/1.7 and LED flash.