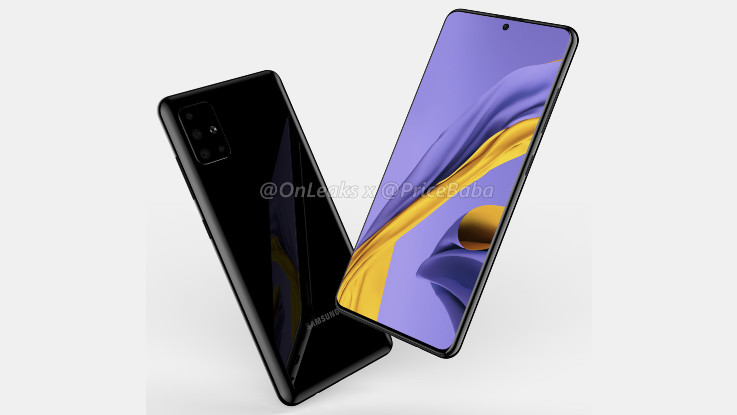 The front panel of the Samsung Galaxy A51 comes with a punch-hole design at the top-centre position, which is similar to what we have seen in Galaxy Note 10 series.

Samsung is reportedly working on Galaxy A51 smartphone. The smartphone has been rumoured in various leaks and the latest one reveals the design language.

The renders were shared by PriceBaba and it shows the smartphone from all the angles. To start with, the front panel comes with a punch-hole design at the top-centre position, which is similar to what we have seen in Galaxy Note 10 series. The bezel seems to be quite slim. The right side of the device features volume controls and power on/off button. The base panel of the phone is loaded with a USB Type-C port which is flanked between a 3.5mm audio jack and speaker grille. 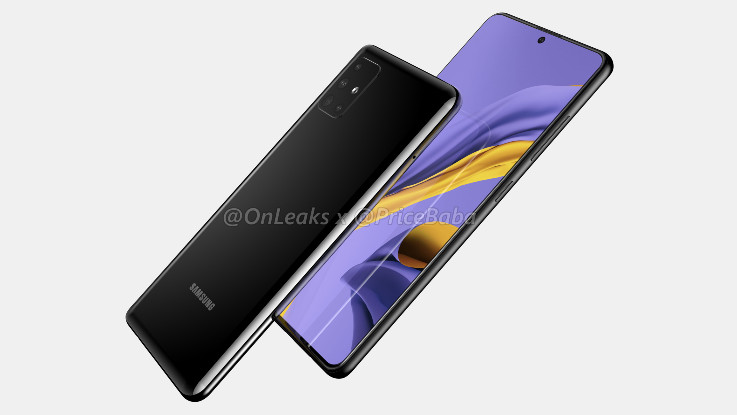 The back panel seems to be backed by a glass finish and it features a quad-camera setup at the top-left position. The camera sensors are placed in a rectangular module. The position of the camera sensors forms an L-shape with three camera sensors stacked vertically, while the fourth one is placed to the right along with LED flash. The report further mentions that the phone will come with an in-display fingerprint sensor. The report highlights that the smartphone will come with a 6.5-inch display and it will measure 158.4 x 73.7 x 7.9mm.

On the camera front, the Galaxy A51 will come with a 48-megapixel rear camera as a primary lens. As of now, there is no information on other sensors, which will be present in the smartphone. For the front, the phone is reported to feature a 32-megapixel selfie shooter.