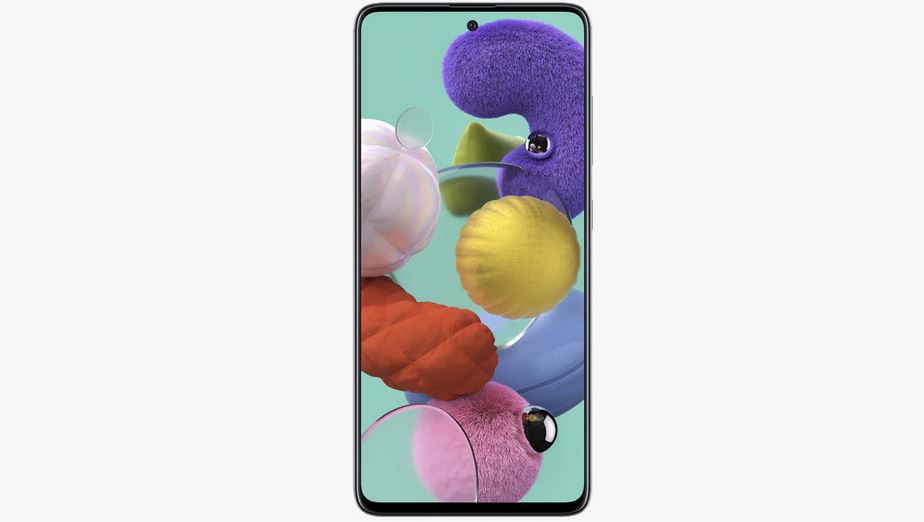 Samsung Galaxy A51 is said to feature a 6.5-inch Super AMOLED display.

Samsung Galaxy A 2020 series will be launching on December 12. The company is initially expected to launch Galaxy A51 and Galaxy A71 smartphones. A new render of the Samsung Galaxy A51 has now surfaced online.

The press render has been leaked by Evan Blass which reveals the front panel of the Samsung Galaxy A51. As per the image, the galaxy A51 will have a hole-punch display right at the centre just like Samsung Galaxy Note 10 and Note 10+ smartphones. The bezels around the screen seem to be thinner.

As per previous leaks, Samsung Galaxy A51 will feature a rectangular camera module with a quad-camera setup. The phone will have a 48MP primary camera, 12MP ultra-wide camera, a 5MP dedicated macro and a 5MP depth-sensing camera. For the front, the Galaxy A51 will have a 32MP camera located in a punch hole in the center of the display.

As per an earlier leak, Samsung Galaxy A51 is said to feature a 6.5-inch Super AMOLED display. The display might come with a screen resolution of Full HD+ with 2340 x 1080 pixels. The phone will be powered by Exynos 9611 processor coupled with 4GB RAM. On the software front, the phone will run Android 10 and it will come with 4000 mAh(typical) capacity.

The phone recently receivedBluetooth certification as per which the phone will carry Bluetooth 5.0 support. Previously, the phone also received Wi-Fi Alliance certification with model number SM-A515F/DSM. As per the listing, the smartphone runs Android 10 out-of-the-box. It will have dual Wi-Fi band capabilities and support for 802.11 ac standard.