Samsung is reportedly working on the next instalmentof its A-series smartphones and it seems that rumour mills have begun leaking information about the upcoming series. The phones latest renders have been leaked online along with some key specs. 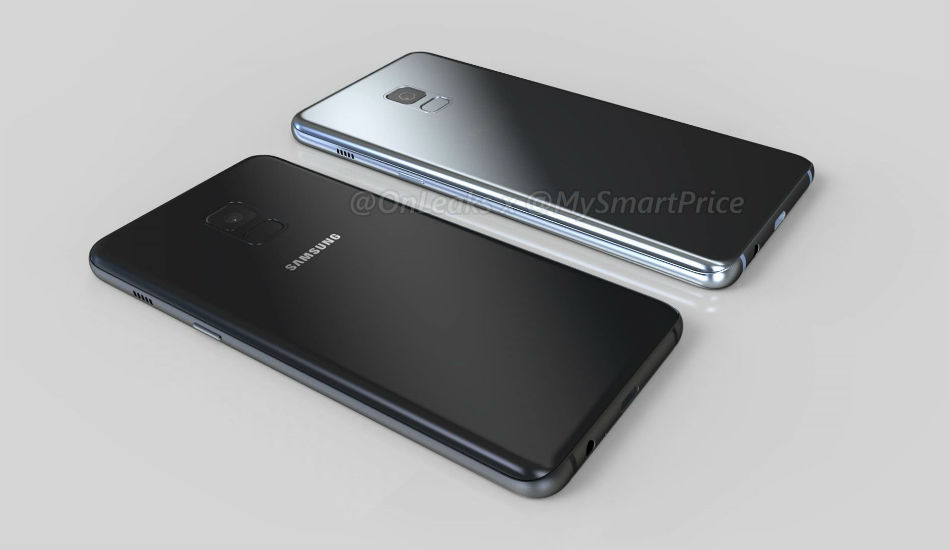 The renders were shared by OnLeaks and MySmartPrice and it shows that the Galaxy A5 (2018) and Galaxy A7 (2018) smartphones will come loaded with Infinity displays and dual front-facing cameras. The renders show that both the smartphones will feature a bezel-less Infinity display, though it will not be curved. The front of the devices will face dual cameras along with earpiece and usual array of sensors. The left will house volume controls, while on the right there is a power on/off button.

Coming to the specifications, the Galaxy A5 (2018) will sport a 5.5-inch Full HD+ Infinity display with a screen resolution of 2160 x 1080 pixels, while the Galaxy A7 (2018) will feature a 6-inch Full HD+ display with a similar screen resolution. Under the hood, both the smartphones are reported to be powered by Exynos 7885 chipset, while some variants might also feature Qualcomm Snapdragon 660 processor. Further, both the phones will be backed by a 4GB of RAM and 32GB of internal storage, which could be expandable in nature.

The report adds that the phones will run on Android 7.1.1 Nougat out of the box and they might also boasts IP68 certification, making them water and dust resistant. Interestingly, there is no way to authenticate these rumours and renders, so we suggest you take this report with a pinch of salt.