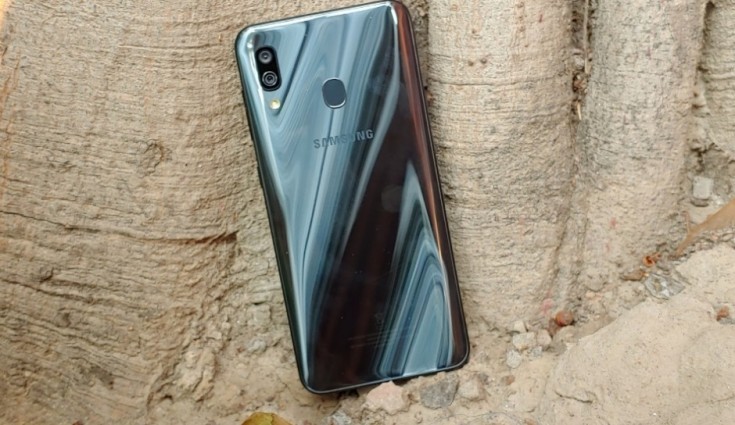 The smartphone has been certified by both the Bluetooth Special Interest Group (SIG) as well as Wi-Fi Alliance, which hints at its imminent launch globally.

Samsung launched Galaxy A20 last week in Russia. Now Samsung may soon introduce a variant of the Galaxy A20 dubbed as Galaxy A20e. The smartphone has been certified by both the Bluetooth Special Interest Group (SIG) as well as Wi-Fi Alliance, which hints at its imminent launch globally.

As per the Wifi listing, the Galaxy A20e carries model number SM-A202F/DS and will support single-band Wi-Fi a/b/g/n (2.4GHz) and LTE capabilities. Sadly, the listing does not show any specifications except that the device will be powered by Android 9.0 Pie operating system. The listing carries the certification ID WFA82479 and the date of certification being 21st March 2019. 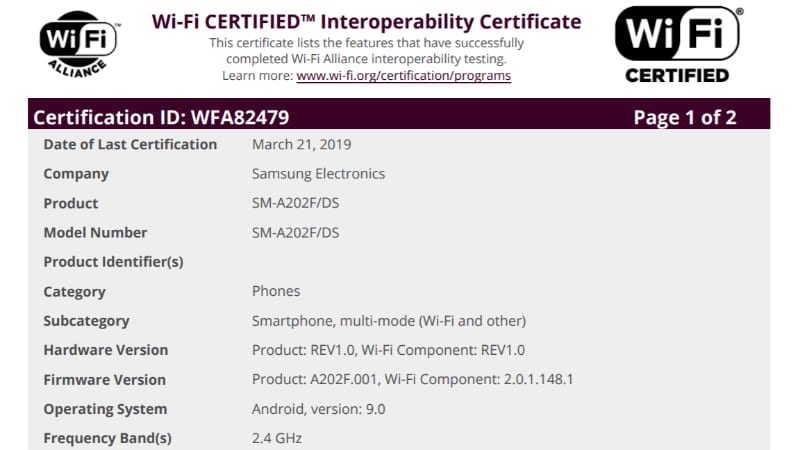 The listing on the Bluetooth SIG website shows March 25 as the publish date and it carries the same model number SM-A202F/DS. The Bluetooth SIG listing does not reveal anything about the hardware specifications of the smartphone. The listing only reveals that the phone has received Bluetooth certification with version 5.0.

The existence of the Galaxy A20e was confirmed by the official Samsung UK website earlier this month. The phone is expected to be announced at the company’s April 10 launch event to be held in Bangkok, Milan, and Sao Paulo.

To recall, the Samsung Galaxy A20 features a 6.4-inch HD+ Super AMOLED display with a resolution of 720×1560 pixels and an Infinity-V Display notch. The device is powered by an Exynos 7884 processor with 3GB of RAM and 32GB of inbuilt storage. It comes with a dual camera setup at the back with a 13-megapixel camera and a secondary 5-megapixel camera. There’s an 8-megapixel camera with an f/2.0 aperture on the front for selfies. It runs on Samsung’s One UI with Android 9 Pie and has a 4,000mAh battery.