Samsung Galaxy A20 with 6.4-inch display, Android Pie launched in India for Rs 12490 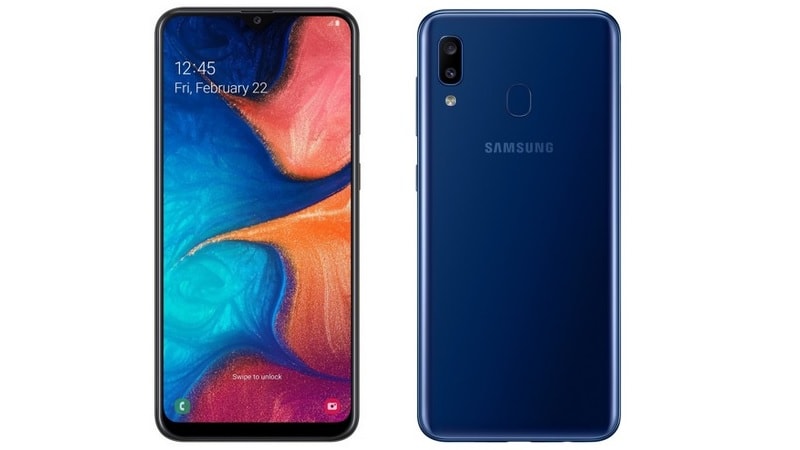 The South Korean tech giant, Samsung has launched Galaxy A20 in India for Rs 12,490. The smartphone comes in three colours- Red, Blue, and Black. It will be available starting April 8, 2019, on the Samsung e-Store, Samsung Opera House, leading e-commerce portals and retail stores across the country.

The Galaxy A20 features a 6.4-inch HD+ Super AMOLED display with a resolution of 720×1560 pixels and an Infinity-V Display notch. It offers a rear-mounted fingerprint scanner and is fuelled by a 4,000mAh battery.The device is powered by an Exynos 7884 processor with 3GB of RAM and 32GB of inbuilt storage. The storage can be further expanded via a microSD card (up to 512GB).