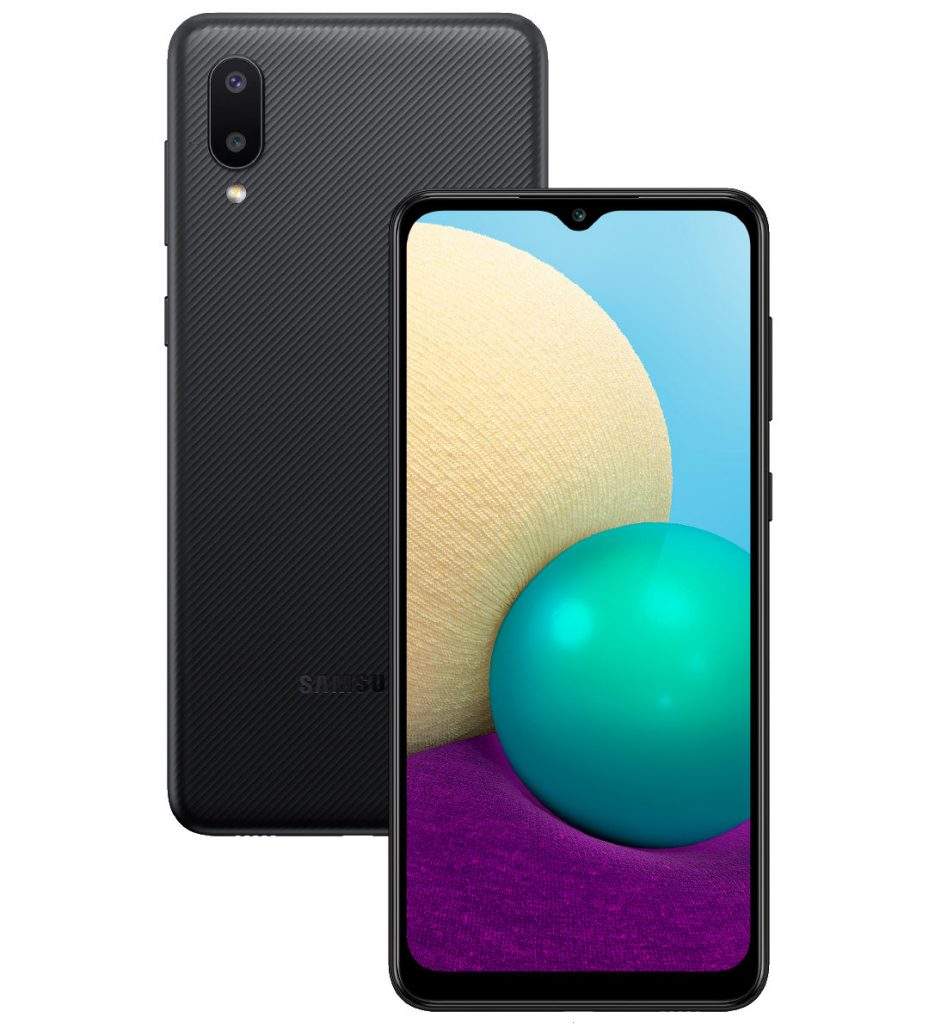 Samsung Galaxy A02 features a 6.5-inch HD+ Infinity-V display with a screen resolution of 1560 x 720 pixels. The phone is powered by Mediatek MT6739 quad-core SoC clocked at 1.5GHz.

Samsung has unveiled its Samsung Galaxy A02 smartphone. The company has however not announced its pricing details yet.

Samsung Galaxy A02 features a 6.5-inch HD+ Infinity-V display with a screen resolution of 1560 x 720 pixels. The phone is powered by Mediatek MT6739 quad-core SoC clocked at 1.5GHz. There is no fingerprint scanner on this phone.

The phone is backed by up to 3GB of RAM and 64GB of internal storage. The storage can be expanded up to 1TB with microSD. On the camera front, the phone has dual rear cameras with a 13-megapixel primary sensor with f/1.9 aperture and LED flash and 2-megapixel macro sensor with f/2.4 aperture. For the front, there is a 5-megapixel shooter with f/2.0 aperture.

The phone runs Android 10 with Samsung One UI and it is backed by a 5000mAh removable battery with 7.75W charging.