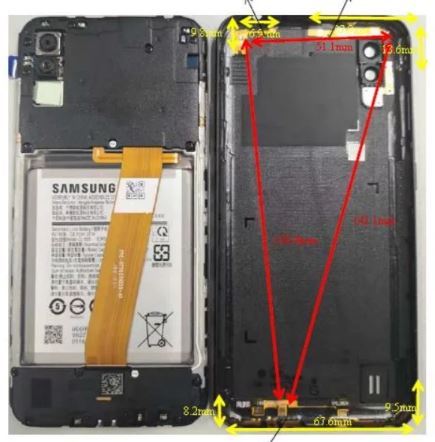 Samsung Galaxy A01 will come with a dual rear camera setup placed on the top-left corner.

Samsung is working on a new entry-level smartphone which according to rumours, should be the Galaxy A01. Samsung Galaxy A01 smartphone has now been spotted on Federal Communications Commission (FCC) in the US. This indicates that the official launch of the upcoming smartphone is about to happen soon.

The FCC has certified a Samsung Galaxy A01 phone two models, the SM-A015F and A015F/DS which are the single-SIM and dual-SIM versions respectively. 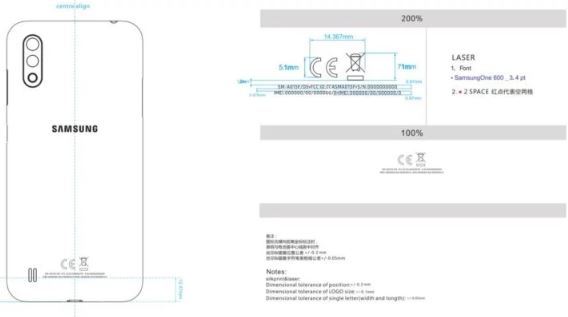 The FCC certification has revealed few specifications of the Galaxy A01 as per which the smartphone comes with a 5.7-inch display. The processor has not been revealed by the certification. The phone will have 2GB of RAM and 16GB of internal storage and it is backed by a 3,000mAh battery. An earlier GeekBench listing revealed that the phone will run Android 10 out-of-the-box.

The FCC listing has also revealed a couple of images of the Samsung Galaxy A01 or Galaxy A5. As per the images, the phone will come with a dual rear camera setup placed on the top-left corner. The two sensors will be accompanied by an LED flash.

The power button and SIM tray are placed on the left of the device while the volume rockers are placed on the right side. There’s also a 3.5mm headphone jack on the top edge and the charging port is placed at the bottom. The phone is 67.6mm wide.

As of now, other details about the Samsung Galaxy A01 or A5’s specifications are not known. We expect the device to surface in more leaks in the coming days. Stay tuned with us for further updates.