Samsung announces UFS 4.0 storage to make your phones even faster

Samsung has announced the UFS 4.0 storage solution with double the performance of UFS 3.1. 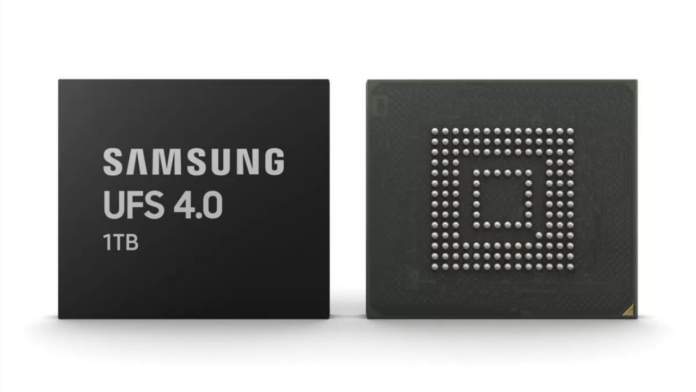 Samsung has announced version 4.0 of the Universal Flash Storage (UFS) which is used in a range of smartphones, tablets, and other mobile devices. Samsung claims to have achieved huge speed and efficiency gains over the current UFS 3.1 storage solution. The UFS 4.0 by Samsung is claimed to provide up to double the performance of the current generation storage solution.

Via a series of Tweets, Samsung announced that it has developed the industry’s highest-performing Universal Flash Storage (UFS) 4.0 storage solution, which has received JEDEC board of director approval. UFS 4.0 offers a speed of up to 23.2Gbps per lane, which is double that of the previous UFS 3.1.

This will mainly affect the 5G phones in a positive way and makes them faster because that much bandwidth is perfect for 5G smartphones requiring huge amounts of data processing. It is also expected to be adopted in future automotive applications, AR, and VR as well.

Furthermore, UFS 4.0 will come in a compact package with a maximum dimension of 11mm x 13mm x 1mm so that OEMs can utilise the space conveniently for a much more efficient design, and will come in a variety of capacities ranging up to 1TB. Lastly, Samsung says it will go into mass production in the third quarter of the year. It is expected that we might get to see UFS 4.0 in action with the Galaxy Z Fold 4 and the Z Flip 4 or the Galaxy S23 series.